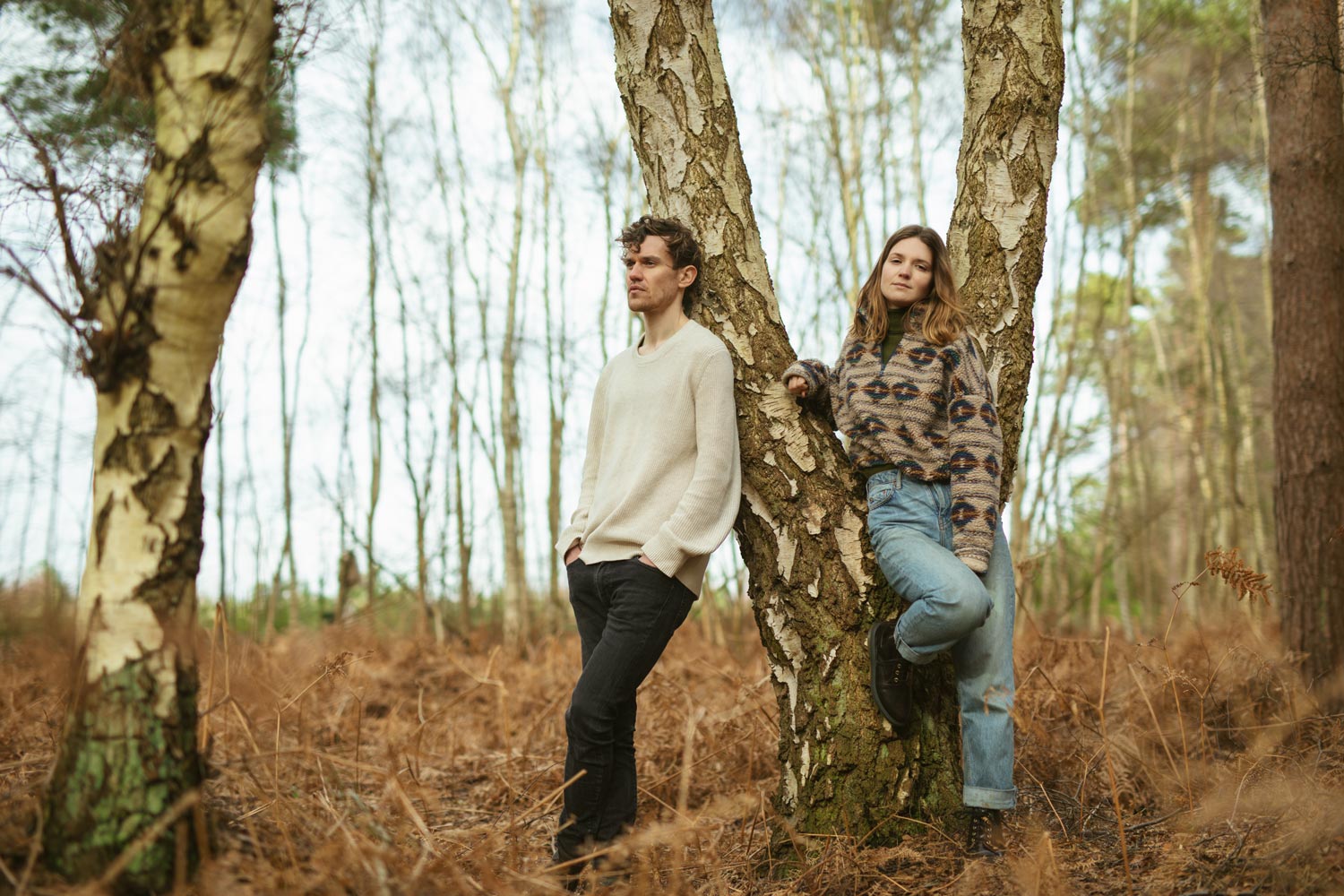 ‘Happy Just To Know’ delivers a delightfully buoyant indie-folk song, peppered with Tommy’s signature spacey atmospherics throughout. The two vocals dance and swirl beautifully in tandem to completely immerse the listener in a blossoming love story.

Tommy Said “Happy just to know was written at the end of February 2020, I’d just moved in with my girlfriend and relocated to the Suffolk coast. Coming out of winter felt like a new beginning, but at the same time coronavirus was becoming pretty scary. I wanted to write a song about finding a true connection with someone and how that feeling evolves over time, I also wanted to draw reference to the changing of seasons along the way. The pandemic has made it apparent just how much we as humans value physical contact and interactions. Loneliness has been so prevalent and has made us re-evaluate all the things we took for granted. Since this is a song about the start of a relationship, I thought it would be interesting to get both points of view across on the vocals. It’s funny that everyone is nervous at the beginning of a relationship and we just don’t need to be.

About the collaboration with Lydia Tommy added

We’ve been playing together as session musicians for years; I’ve never seen anyone make singing beautifully look so effortless. I’d been meaning to ask Lydia to collaborate for an age, but it had never quite worked out until lockdown stopped all session musicians in their tracks.

Tommy has a PhD in Psychoacoustics. The accolade which has given him a deep understanding of how the brain processes sound has been used to great effect whilst producing his own tracks over the last 12 months. Evolving his sound in a makeshift studio and skipping between instruments, as well as experimenting with unconventional vocal sounds, or hitting the wall for a specific sound effect.

Tommy released his previous EP ‘Everywhere Is Home’ in July 2020. Songs from the EP received widespread media support across the UK from the likes of Clash, Scotland On Sunday and The Scottish Sun and amassed over 3.3 million streams online.

Releases to date have also garnered support from online media outlets such as Spindle, Louder than War, Folk Radio UK, Record Of The Day and Celebmix, as well as Fearne Cotton, Radio 2, featured in Spotify editorial and enjoyed major global syncs on Love Island, Riviera, Greys Anatomy and Silent Witness. Tommy and Lydia also had a cameo in Will Ferrell’s 2020 Netflix movie ‘Eurovision’.

Tommy completed his first UK headline tour at the end of 2019 and supported Luke Sital-Singh, Jamie Lawson and Allman Brown, as well as completed a tour of the USA and Canada with Tom Speight at the start of 2020. Tommy continues to keep fans entertained via live streaming performances whilst we await venues to re-open and will perform an Insta Live performance of ‘Happy Just to Know’ on Sunday, March 7th, with more dates to be announced.Tommy releases his new EP ‘Lay Low’ on May 14th 2021.