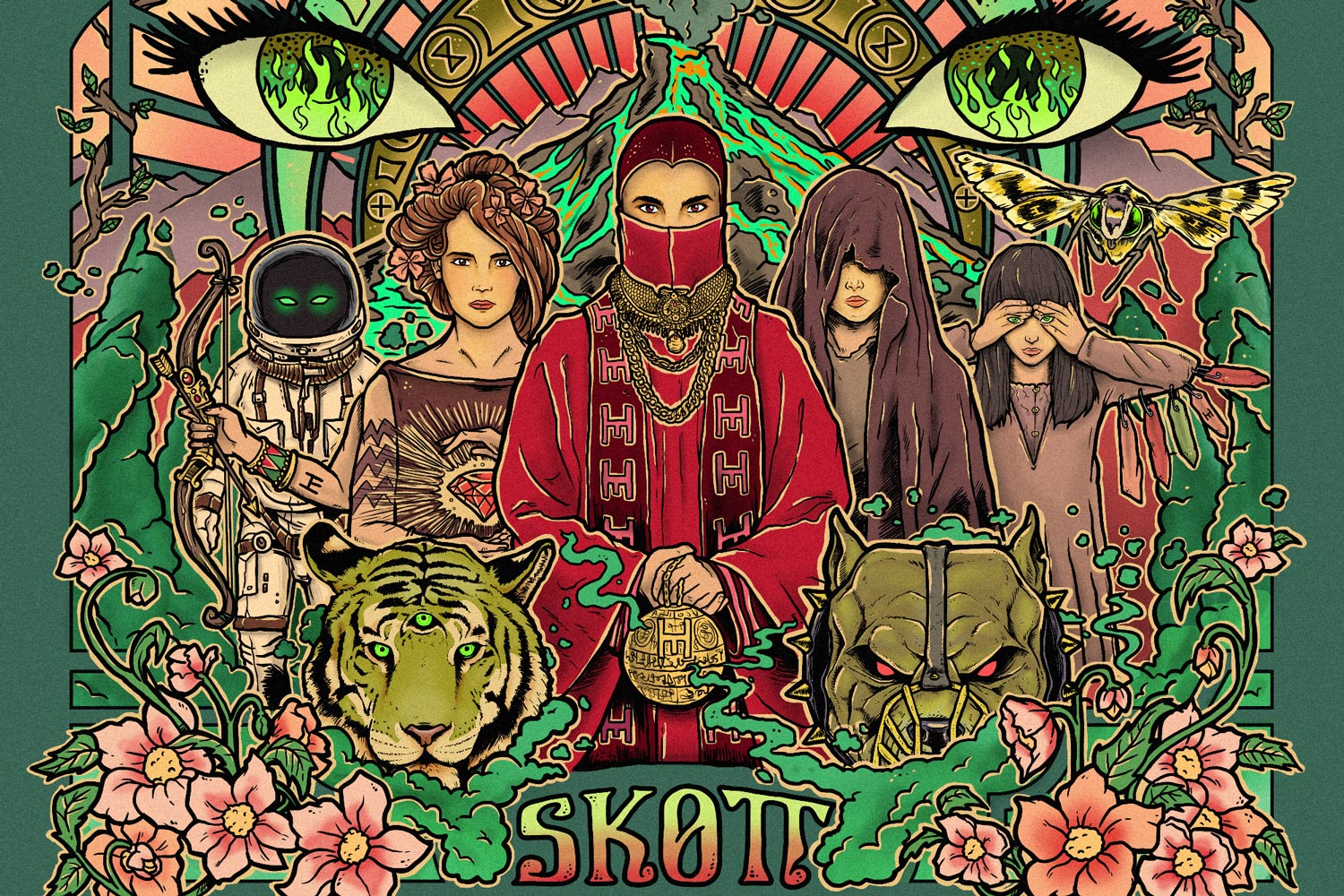 The album begins with opening your eyes and concludes with finding a dream, as Skott seamlessly hops between genre identities to striking effect. There is almost a song for every mood as the artist touches on immortality, rebellion, vulnerability and jealousy as well as undying romance.

Speaking about the album Skott said “I wanted a to balance a variety of different soundscapes on my first album – I didn’t write it with one singular subject in mind, but there is a common theme of dreams and introspection in the songs. It feels like I’ve worked on some of these songs for a lifetime, it feels weird to finally say it’s done and to put it out there. I hope that people like it and find songs in there that really speak to them.

The artist continued to talk about the focus single ‘My Name’ “This song celebrates the power of your own name turning it almost into an enchantment. The lyrics revolve around a broken relationship from the past, and now this name’s out there haunting the person who can’t escape the memories or hurt they might have caused. It is a twisted break up anthem – empowering but with a darker side to it.

Included on the album is Skott’s genre-defying debut single ‘Porcelain’, the track that catapulted her to overnight stardom, amassed tens of millions of plays across streaming platforms and secured the approval of megastars Katy Perry and Lorde in the process. Follow-up singles such as ‘Midas’ ‘Talk About Me’,‘Kodak & Codeine’ and ‘Bloodhound’ are also been included. Collectively these songs have been supported by the likes of BBC Radio 1, The Times, Billboard, NME, The Line Of Best Fit, Earmilk, Idolator, Refinery 29 and PAPER Magazine to name but a few.

Releases to date have amassed over 100 million streams, reached #1 globally on HypeMachine, and presented opportunities for the artist to support acts like MØ and Phantogram. Skott has headlined tours in both Europe and the US, and in February shared new album material live in London to rave reviews. This global take over stands in a stark contrast to the small wooded Swedish village of Vikarbyn where Skott grew up, known for its traditional customs and own language. However, it is this unique way of life and upbringing that has enabled Skott to truly walk her own path and create a world entirely of her own.

In the delicate process of writing and recording her forthcoming debut album, Skott searched for a way to release new music without having to compromise on her creative vision. When the opportunity presented itself, she started her own record label, ‘Dollar Menu’. Talking about this new chapter, Skott reveals, “It’s ok to show your teeth a little sometimes, and not worry too much about pleasing others or playing it safe, which I think many of us can find ourselves doing at times,” she continued. “I feel like starting my own label kind of runs in the same mindset.”