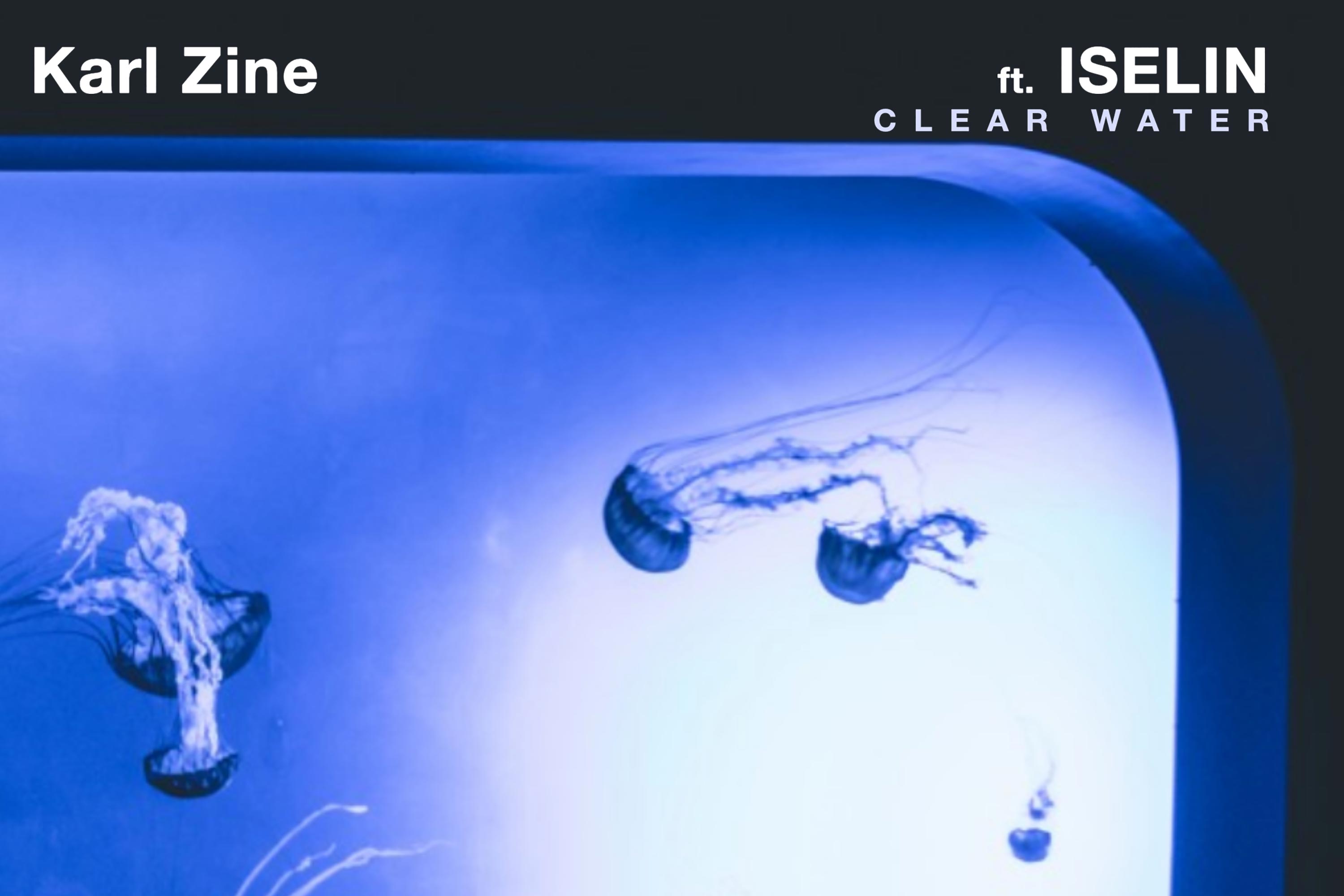 On November 15th Karl Zine, one half of successful alt-pop duo RINNGS will release his debut as a solo artist ‘Clear Water’ ft. Iselin via Wow & Flutter Records.

Clear Water begins with an other-worldly sense of resigned calm; the heart-stopping vocals from Norwegian collaborator Iselin hit an emotional nerve from the outset. The sparse unexpected production is just enough to carry us through her mysteriously evolving, dreamlike world. The track rolls in and out of various moods like the sea changing under the weather; impossibly vast, pulling in waves through the psyche. ‘Clear Water’ engulfs you with the emotion trapped inside it, perhaps not surprising given what Karl Zine says about the creative process;

“We wrote Clear Water on a cold day in Oslo. I was staying in a tiny apartment which felt like a cocoon from the world outside. The song talks about the reality of the range of emotions of living in such a small space with someone else over a long period of time. We liked the contrast of the necessary order with the chaos and un-tamed nature of the Nordic wilderness. We wanted the different sections of the song to mirror the turbulent mind of someone in this position, sometimes calm, sometimes yearning, sometimes angry, and make you feel like you’re going on the emotional journey with them.”

Karl Zine first found praise for his unique production style and songwriting with RINNGS. Releases from the duo have gained support from tastemaker blogs worldwide and featured on Spotify’s New Music Friday in UK, USA and Sweden. With fans of his production at The 405, Line Of Best Fit and The Independent to name but a few. Iselin is an artist / songwriter signed to Warner Chappell and based in Oslo, Norway. In 2015 she collaborated with Alan Walker, and is known for her vocals on their worldwide hit ‘Faded’ which has amassed over 1 billon Spotify plays!