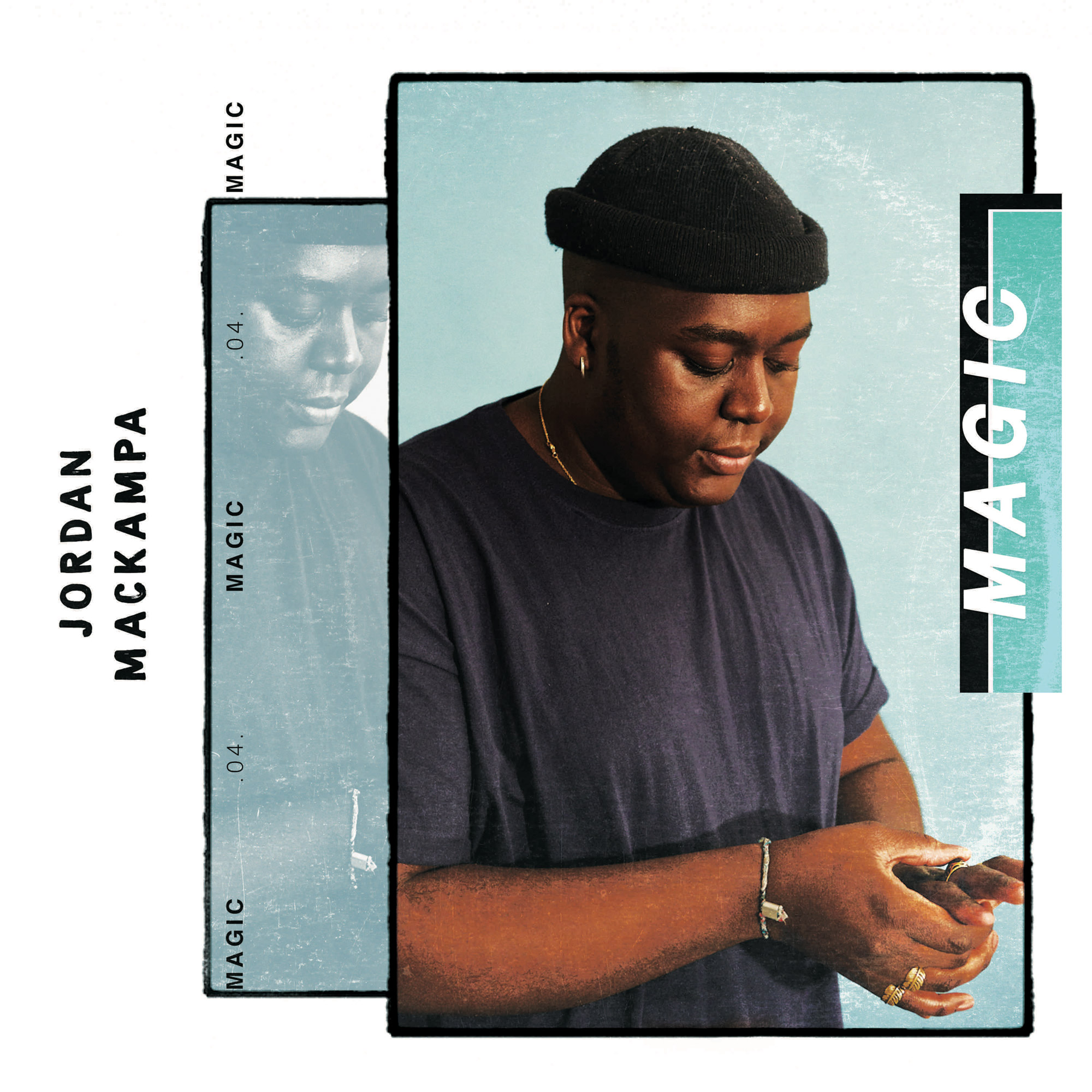 Jordan Mackampa’s ‘Magic’ is the love-drunk sing and dance along moment that we’ve all been searching for. As with all the songs from Mackampa’s forthcoming album, ‘Magic’ embraces musical styles beyond his former singer-songwriter repertoire. And so, ‘Magic’ is an instant lift thanks to those moreish swathes of boss nova and samba rhythms, as well as the Congolese-British artist’s well-rounded soul vocals. This is a song for celebration; this is a song for love. Produced by Dani Castelar (Paolo Nutini). ‘Magic’, precedes the release of Jordan’s debut album ‘Foreigner’ on 13th March 2020

Speaking on the track, Jordan quotes: “This is a bossa nova/samba/ infused feel good kinda track about when you can’t get someone off your mind. You’ve had one taste and you want more!”

Additional Info: Following a sold out Village Underground show and multiple sold out European dates including Berlin, Amsterdam and Hamburg in 2019, Jordan has announced a mammoth 2020 tour North America/UK/EU tour including Scala, London and SXSW.

‘Magic’ follows the release of singles “Parachutes” (Nov ’19), ‘‘What Am I’ (Sept ‘19) and ‘Under’ (May ’19). Jordan has released three EP’s; ‘Live From The Grand Cru’, (rel late 2017), ‘Tales From The Broken’, (rel early 2017) and ‘Physics’ EP, (rel 2016). All three have received critical acclaim from Notion, TMR, Wolf In Suit, Hear Comes Floyd, Spindle, NME, The 405, LOBF, Clash, Indie Shuffle, Wonderland, Mahogany, BBC Introducing, The Telegraph, Atwood Mag and Hillydilly. Jordan has strong support on Spotify; all 3 EP’s have collectively amassed over 60m streams.