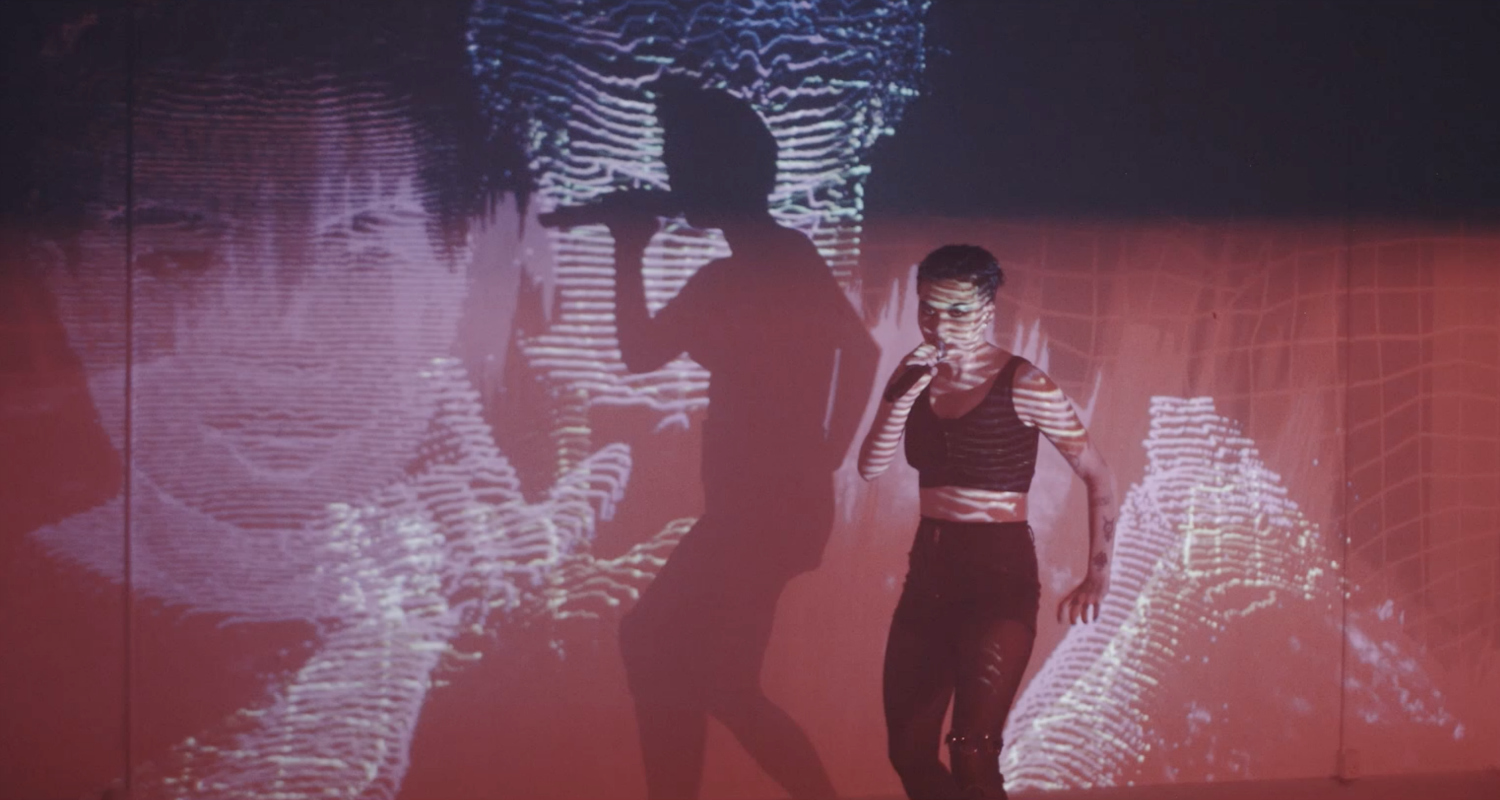 The Copenhagen session premiered on Ja Ja Ja, but you can also watch it below.

The story of Mendoza starts off in one of the most infamous regions of Copenhagen – Istedgade. The street in which she grew up, filled to the brim with bars, lady-boys, prostitutes, drugs and addicts alike.

Discos, bars, and karaoke haunts were the start of the world outside her family shared apartment, where she found herself either sleeping in the TV room – on a mattress under the piano, or sharing a bed with her Grandmother. Neither option being ideal, never being able to have any privacy of her own.

Her unusual nightclub surroundings however, sparked the beginning of her entrepreneurial spirit. At 6 years old, she was selling bracelets that glowed under the ultraviolet light at the discos. She learned how to make the best of her situation. At this early age, Mendoza (real name Sandra Mendoza) knew she just loved to sing – sparking an interest which would continue to grow for years to come.

Her Mother was an absentee, and her Father’s care for her was rather unorthodox. Both her Father and older Brother would imitate a goat when they passed by the family room door – where she spent a lot of her time as a young child singing. The sound always managing to make her whole body quiver with embarrassment.

“All the courage and desire was completely taken away from me. I always felt that I was just bad at singing. They were always making fun of me. My Grandmother sang opera. My Father sang in the choir, and their idea of how to sing, was completely different to how I sang”, she explains.

For the now 23-year-old Mendoza, she feels the need to share her chaotic childhood experience. Luckily, her inner chaos comes out musically.

“When I was little, I didn’t really understand the life I had. There were no rules, and it has affected me greatly. I have seen a world that most children and young adults should be sheltered from. When I look back now, I just think – holy shit.”

Her haphazard upbringing has also spilled over into Mendoza’s musical universe, with her already being described as ‘this generation’s dystopic pop star’, and listening to her lyrics, you can understand why.

In new single ‘Love Druggie’, out now on Atlantic Records, Mendoza sings about just wanting to hang out with her friends, and her disappointment in finding that the only thing they want to do, is: “take drugs and get totally fucked up in some club”.

“I’d rather be a proud Mum, than in this club kid copy posse.” says Mendoza, who became a mother at age 16, reflecting on her life with a totally new perspective.

The name ‘Mendoza’ was already a significant part of Sandra’s self-understanding. The visual universe she has created for herself helps to underline the music’s bleak mood. It’s a creative playground, rather than an expression of her alter ego.

New single, ‘Love Druggie’, is the culmination of years of hard work, perfecting her sound, always growing in confidence as a performer and artist. A modern amalgamation of influences, at its heart, the new single is a perfectly executed alternative pop song, but with definite flashes of dance music, occasionally nodding to RnB influences in its delivery. It’s an incredibly exciting offering – surely the start of something very special.

‘Love Druggie (Addict)’ is out now.