HozierTo introduce him to online media, establishing him as a truly exceptional, global artist.

To introduce him to online media, establishing him as a truly exceptional, global artist.

Hozier was a relatively unknown artist in the UK when Charmfactory began working with him in January 2014.

The brief was to introduce him to online media, establishing him as a truly exceptional, global artist, before the release of his debut album in October 2014.

Premiering the limited exclusive content we were given, on high-profile, high traffic, International sites

Using the limited promo time with the artist carefully, and then drip-feeding features and content to the fanbase over a period of time

Organising collaborations which didn’t involve any time with the artist

Organising features with credible news and culture sites, so Hozier could discuss the political and social issues behind the music, in particular, ‘Take Me To Church’

We serviced Jack Steadman’s Hallelujah Edit of ‘From Eden’ to suitable global blogs. Coverage came from several Hype Machine blogs including Popped Music, Scientists of Sound, I Heart Moosiq, MOARRR, Noonday Tune, Kick Kick Snare and All Things Go, which resulted in the track peaking at Number 2 in Hype Machine’s ‘Popular Chart’. The remix was also picked up by a whole host of other influential music sites and blogs.

Throughout the two weeks around release, we ran a global promotion with WeTransfer to promote the album. In order for further engagement, we offered WeTransfer uses a free download of live audio for an album track.

Charmfactory’s online PR campaign was part of the overall campaign which helped Hozier achieve a number two single with ‘Take Me To Church’, a top five album with debut album, ‘Hozier’, one Brit and one Grammy nomination. 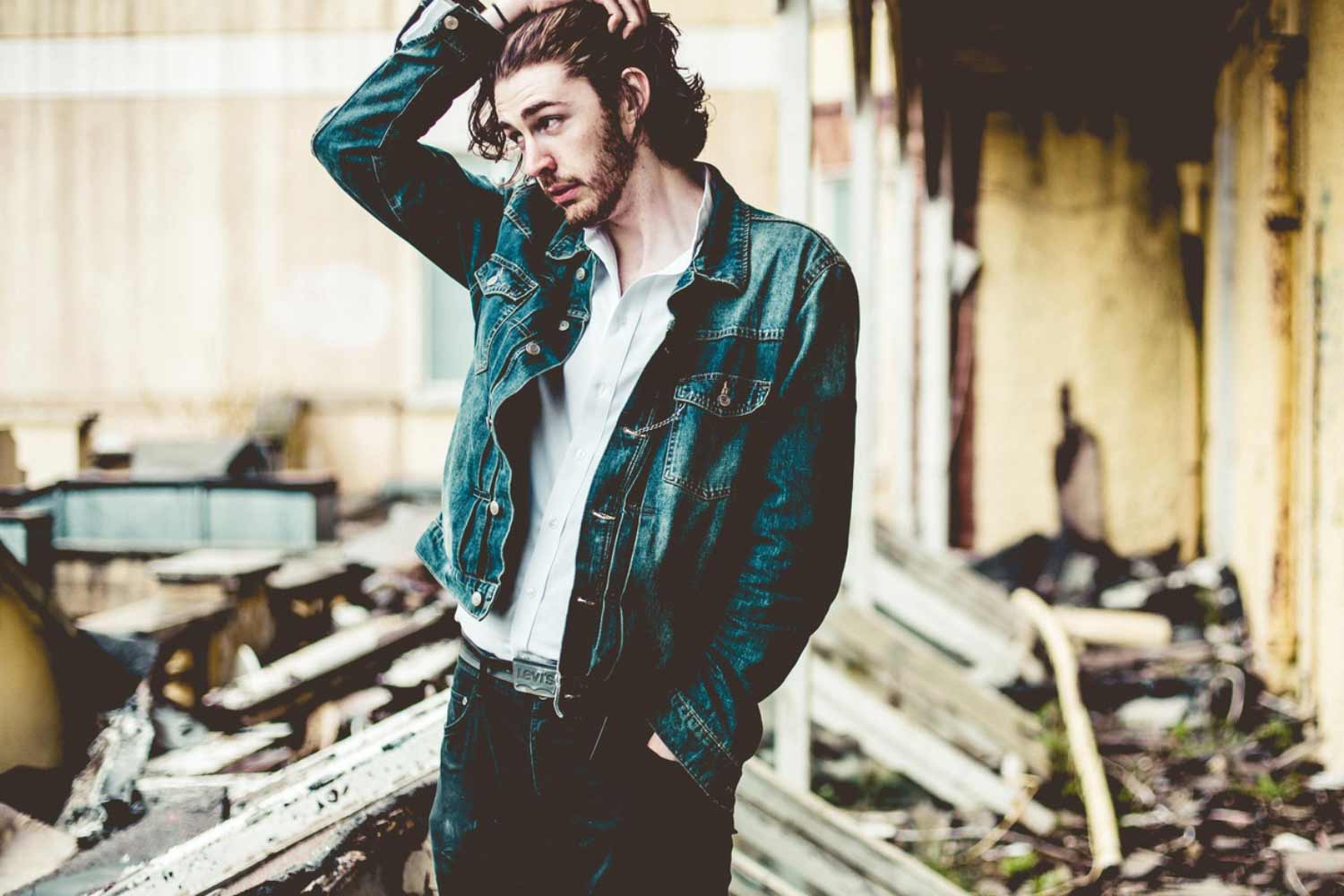 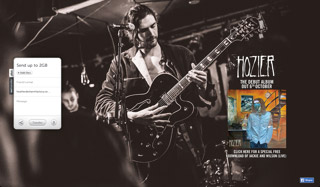 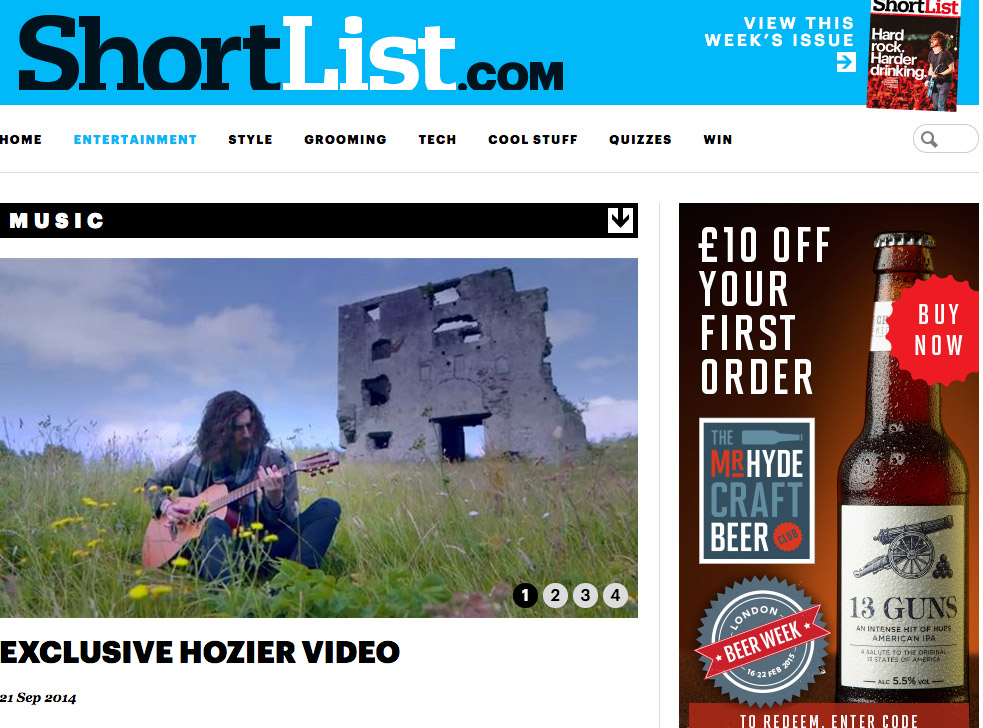 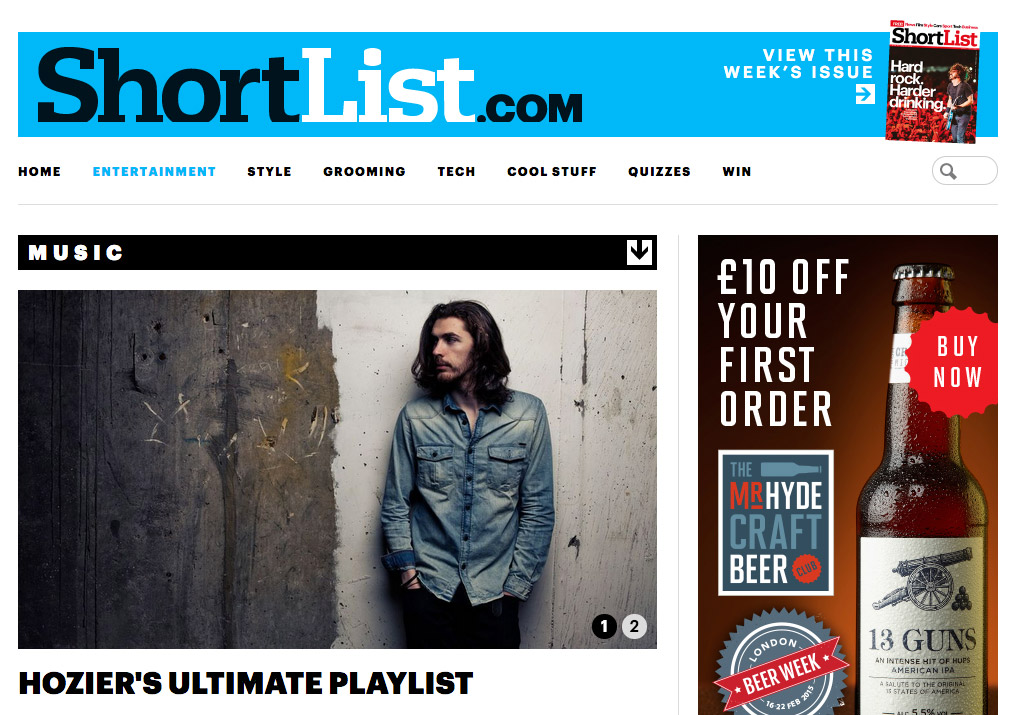 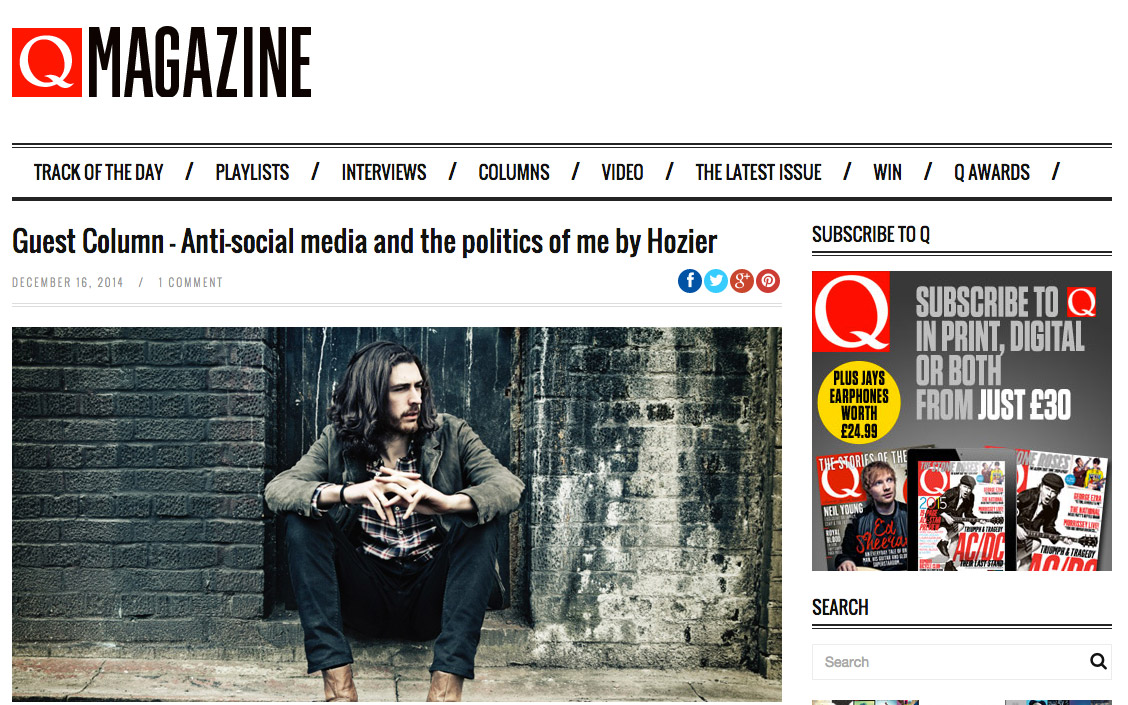 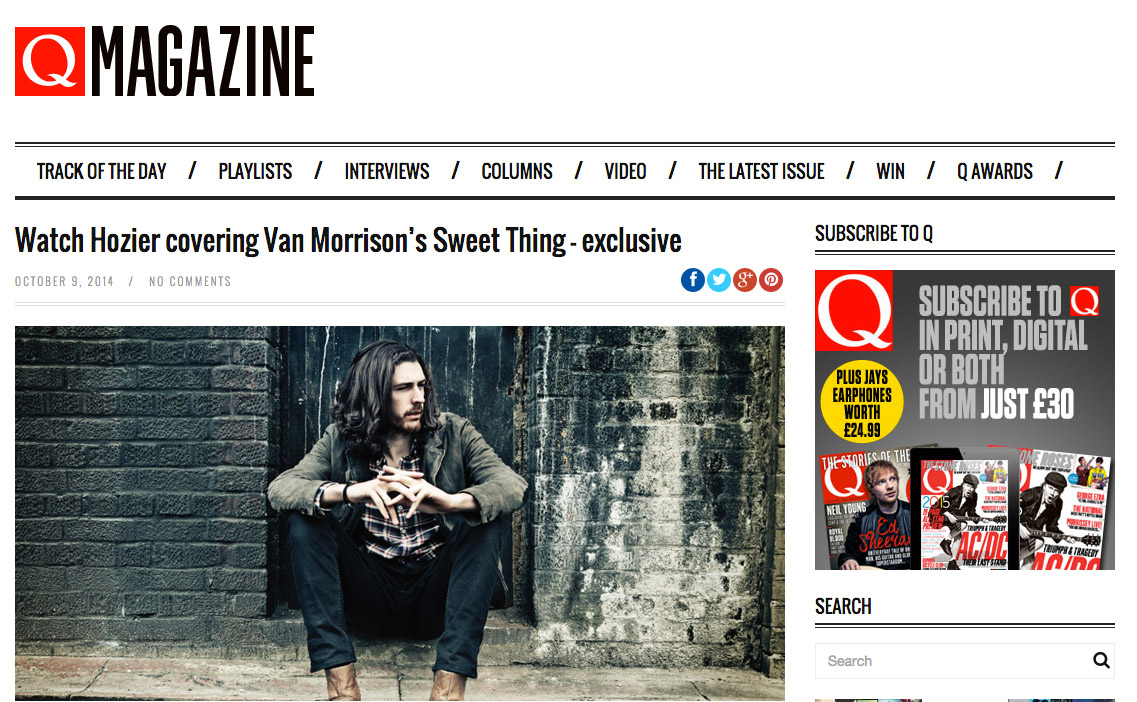 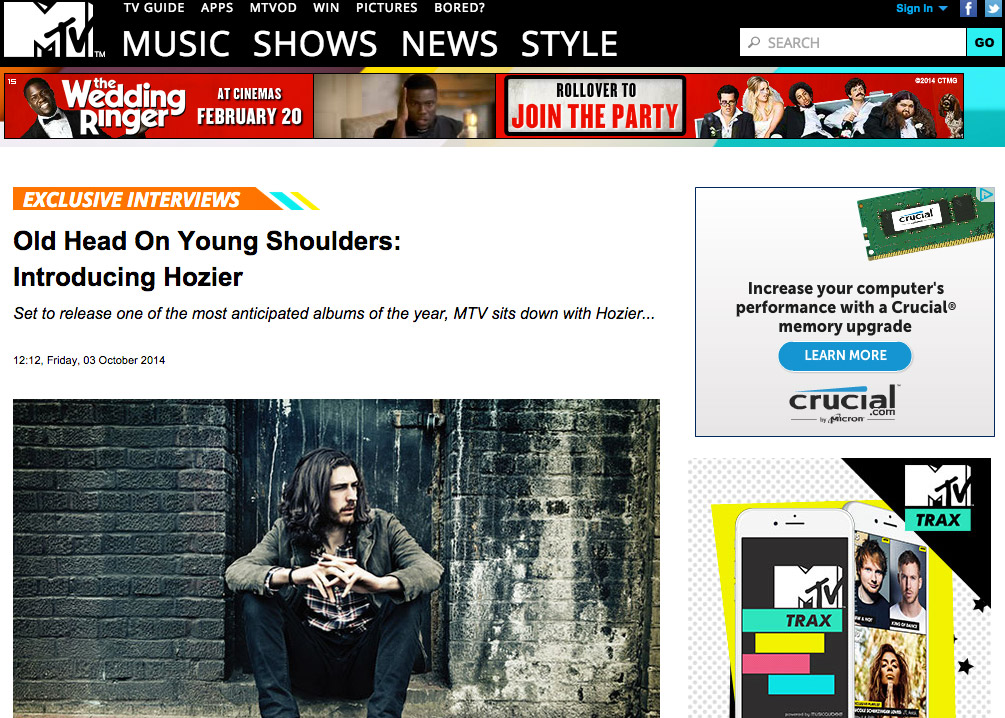 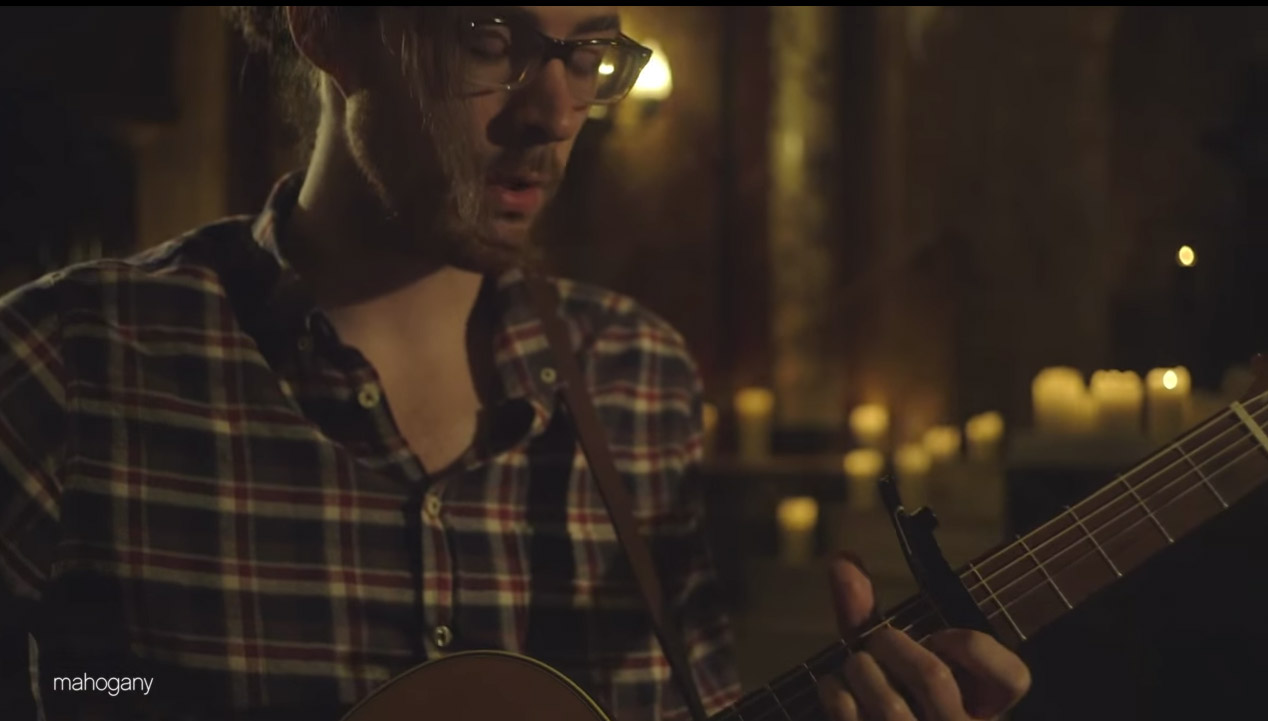 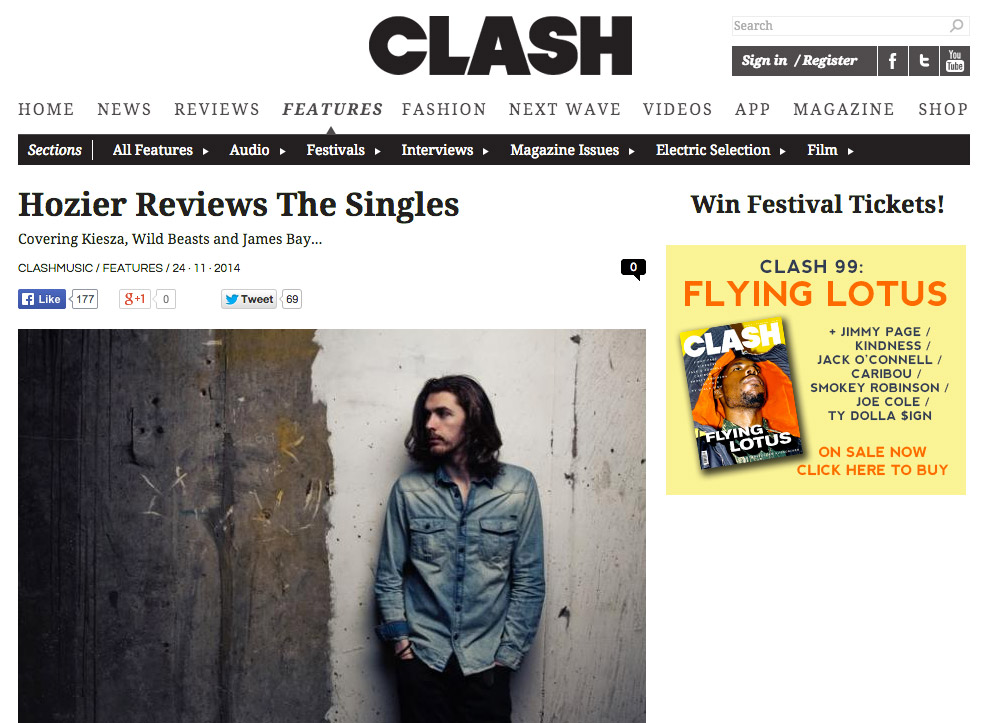 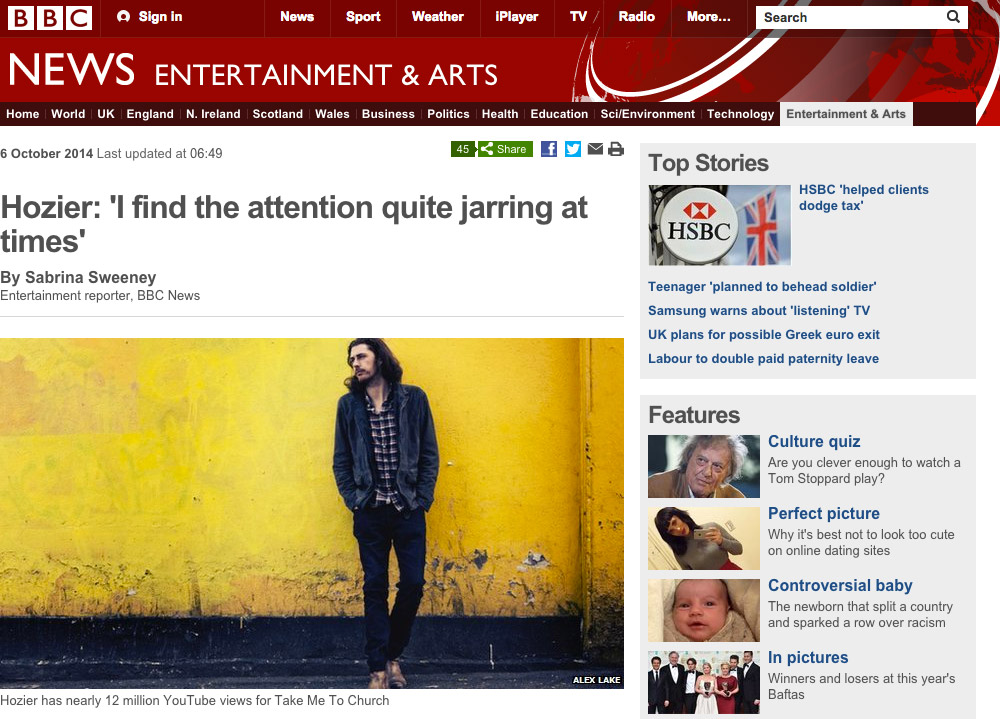