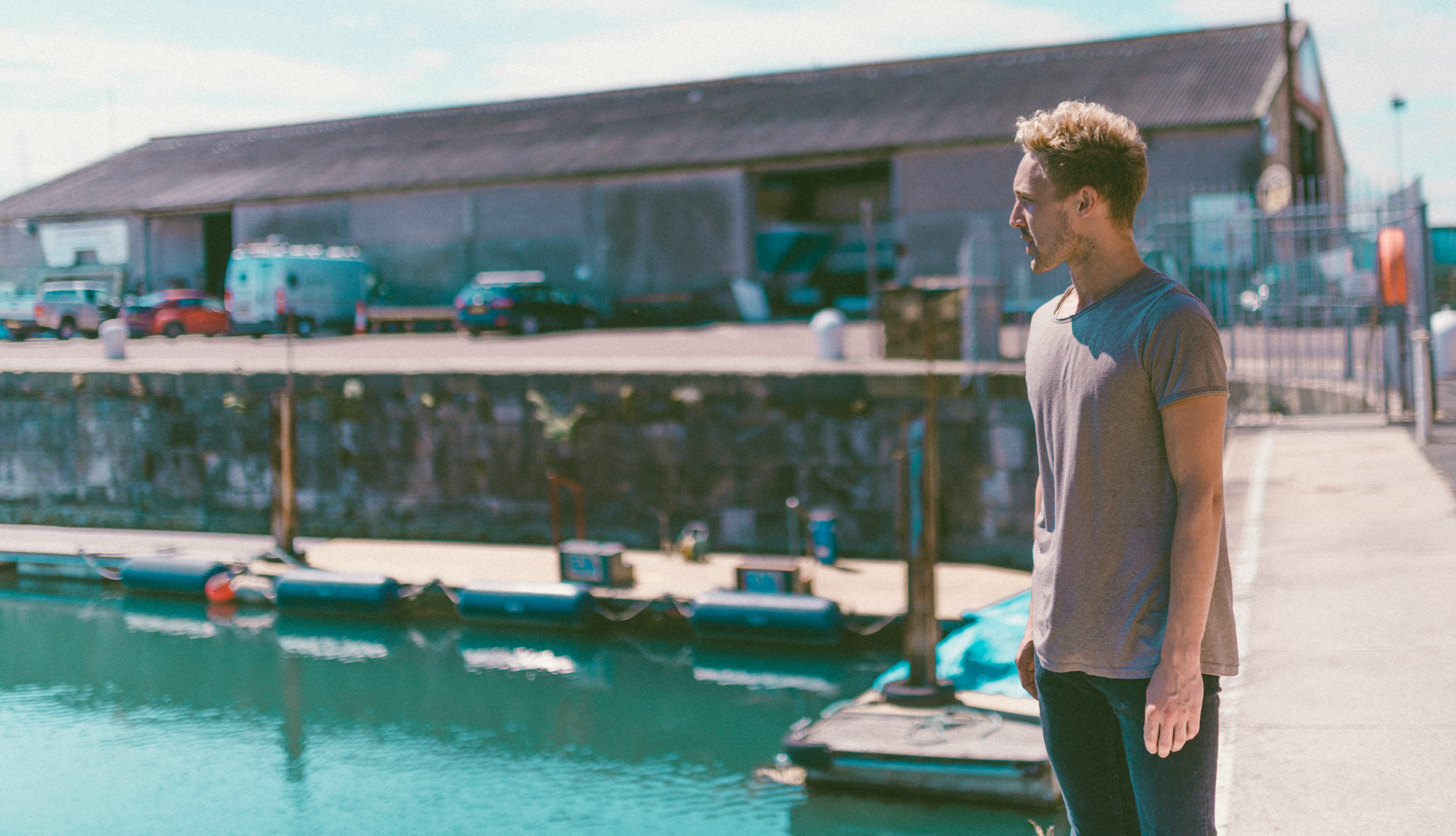 Krusoe releases stunning debut EP ‘Give Up The Coast’

Oxford, UK based artist Krusoe‘s debut EP ‘Give Up The Coast’ is out now. Stream the EP in full on Spotify below.

Capturing the nostalgia and faded glory of the seaside haunts he grew up around, the new track is an eerie, atmospheric take on alternative indie pop. Subtle hints of electronica show through the cracks, creating an intriguing soundscape upon which Krusoe lays his superbly written melodies.

Blending airy synth work with glitchy electronic snaps and cracks, Krusoe is creating a sound very much his own.

Speaking on the release of new single, Krusoe said: “Give Up The Coast was essentially about being stuck in your old ways and the overpowering, intoxicating impact of memories and lovers in old haunts in my home town. The things that keep drawing you back – perhaps a sense of denial that things are as rose tinted as they appear looking back.”

Introducing flashes of pop songwriting into this latest single, Krusoe navigates his way around dainty piano flourishes, and gorgeous guitar runs – expertly leading the song with his confident vocal work.

Born in London, Krusoe has rarely stuck around in one place for too long; perhaps a reference to his choice of moniker. Spending most of his teen years living on the UK’s south-east coast, he then moved to Paris, then onto Berlin, moving again to Belgrade shortly after that. He now resides back in the UK in Oxford, where his forthcoming EP “Give Up The Coast” came to life.

Loosely based on Odysseus’ journey – the EP is a stark and engaging 4 track release – which aims to mirror Krusoe’s views on the different stages of a relationship: Love. Madness. Loss. Denial. Acceptance. Rebirth.

In his younger years, Krusoe toured throughout Europe, America and Canada as a classically trained vocalist, dedicating his youth to this pursuit. The rigorous rehearsal schedules gave him no time to reflect, dream or experiment.

As a result of this, he began writing his own music as the ultimate escapism, learning to play numerous instruments, and learning how to score full string sections along the way.

Inspired by his childhood musical heroes – Thom Yorke, Paul Simon and Damon Albarn, Krusoe aims to fuse these older influences, with more modern inspiration – with him citing the likes of Beck, Tame Impala and Ry X as recent artists who’ve impacted his songwriting.

Krusoe‘s debut EP “Give Up The Coast” is out now.