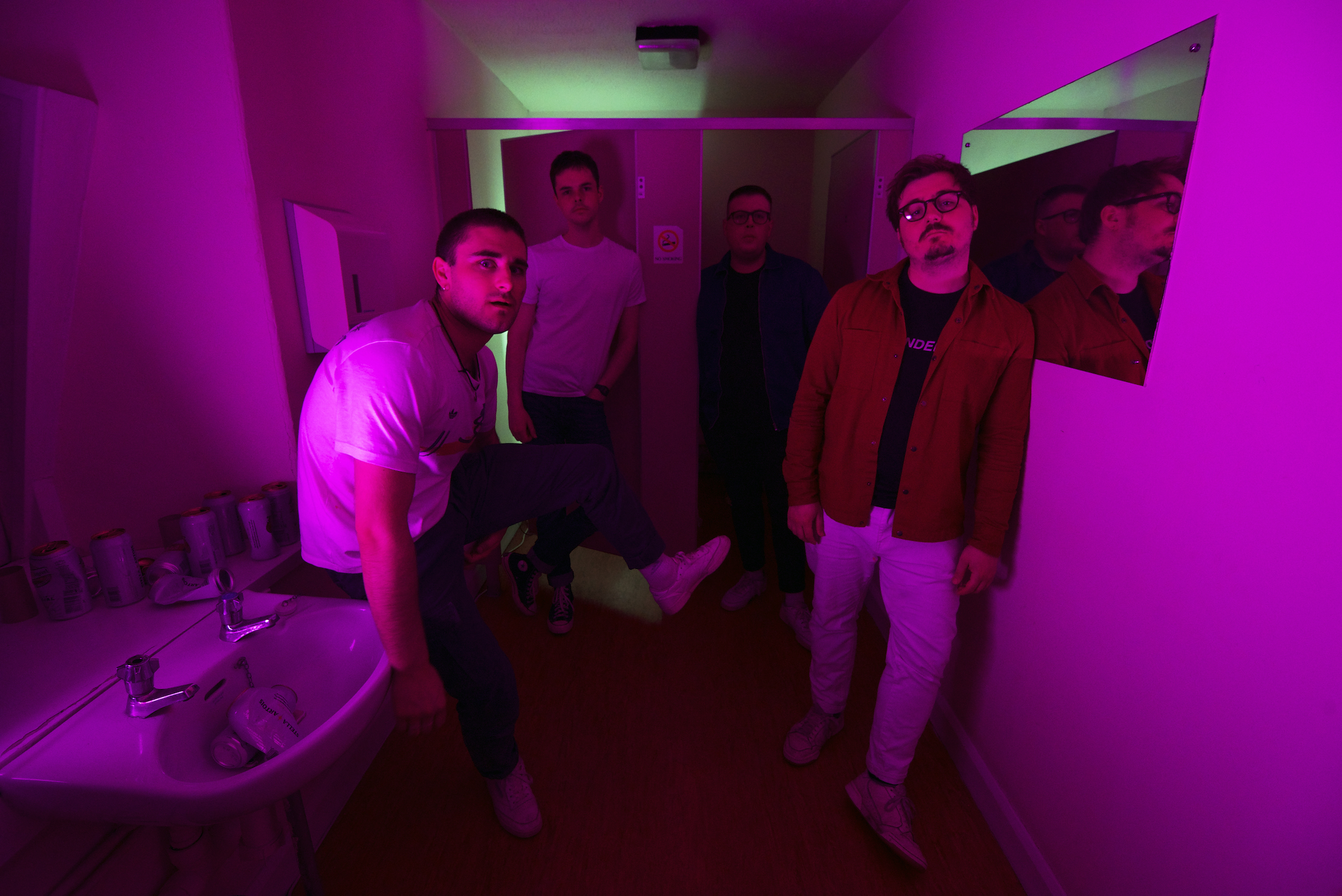 Speaking about the track, the band’s cornerstone Millers states that:

“We wanted to write a track that hits you and then it hits you again. It’s honest and angry and intense. It’s about showing how brave vulnerability can be. Despite all the shit, as people we can still push through. I didn’t realise it at the time but I wrote it to myself.”

Born in Miller’s studio in early 2018, Vandebilt draw influence from French house, UK synth-pop and 70s disco and perform their blend of dance music as a live ensemble despite originally recording tracks as a personal project for Miller.

Early demos found their way to producer and DJ Smoove (Smoove & Turrell) who began working with the group and encouraged the project into a live band. Inspired by fresh sounds and high energy, Smoove began to co-produce and mix Vandebilt tracks playing heavily on the disco-house elements of the music.

Live sold out shows quickly created a buzz on the North East music scene and the bands infectious up tempo tracks were both hyped and sought after.

This lead to talks with Tipping Point Records and in late 2018 the band signed their first development deal. The band will release a string of debut singles throughout 2019 showcasing a variety of catchy dance bangers recorded in Millers ‘Pamplemousse Recording Studio’ Sunderland, UK.
First single ‘Dream in Colour’ was released in late March 2019 and was met with great regional and national praise. Second single ‘Pushing Through’ plays on a ‘funk-punk’ moniker and is due to be released digitally in June 2019.

“A sumptuous introduction to their sound, they syphon French house, UK synth-pop and 70s disco through their punk-inspired carefree aesthetic for a sound unlike any other.” – It’s All Indie