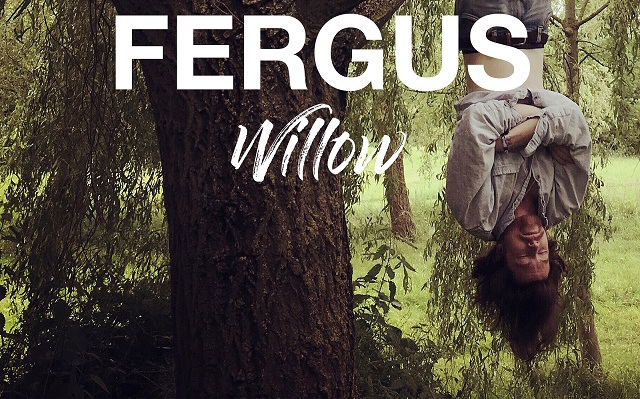 ‘Willow’ follows the release of debut single ‘You or Nothing‘ and follow-up track ‘Sinking’. ‘Willow’ continues along a poignant emotional journey as this gifted tunesmith celebrates a new life. The track was produced by, Jake Gosling (Ed Sheeran, Lady Gaga, The Libertines).

Speaking about the single, FERGUS said: “This one started out as a poem set to music really – a lullaby, after close friends had a baby girl called Willow! I wanted to paint a beautiful, peaceful image lyrically, inspired by this new life, a new beginning, and voyage into the unknown. The message is, that fundamentally, everything is going to be ok – “don’t weep for me, Willow”. It’s as much a message to me, as it is to her and makes an uplifting (and welcome!) contrast to the first two songs.

A heritage steeped in music, provided a much-needed outlet for FERGUS to channel strong emotions from an early age. His formative years were spent singing and touring professionally with choirs and playing ‘cello’ with orchestras. NOW, after a few years of reflection, solid songwriting and finding his sound, FERGUS is launching his solo career with the Purple Road EP.