12 Jun 2012 / Comments Off on Dog Is Dead Announced To Play Reading & Leeds Festivals!

Dog Is Dead have just announced they will be playing Reading & Leeds this summer on the Festival Republic stage!

They have also announced their new single ‘Glockenspiel Song’ on 23rd July on Atlantic Records. 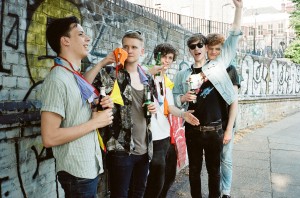 1 September In The Woods, South England

Posted in: Dog Is Dead