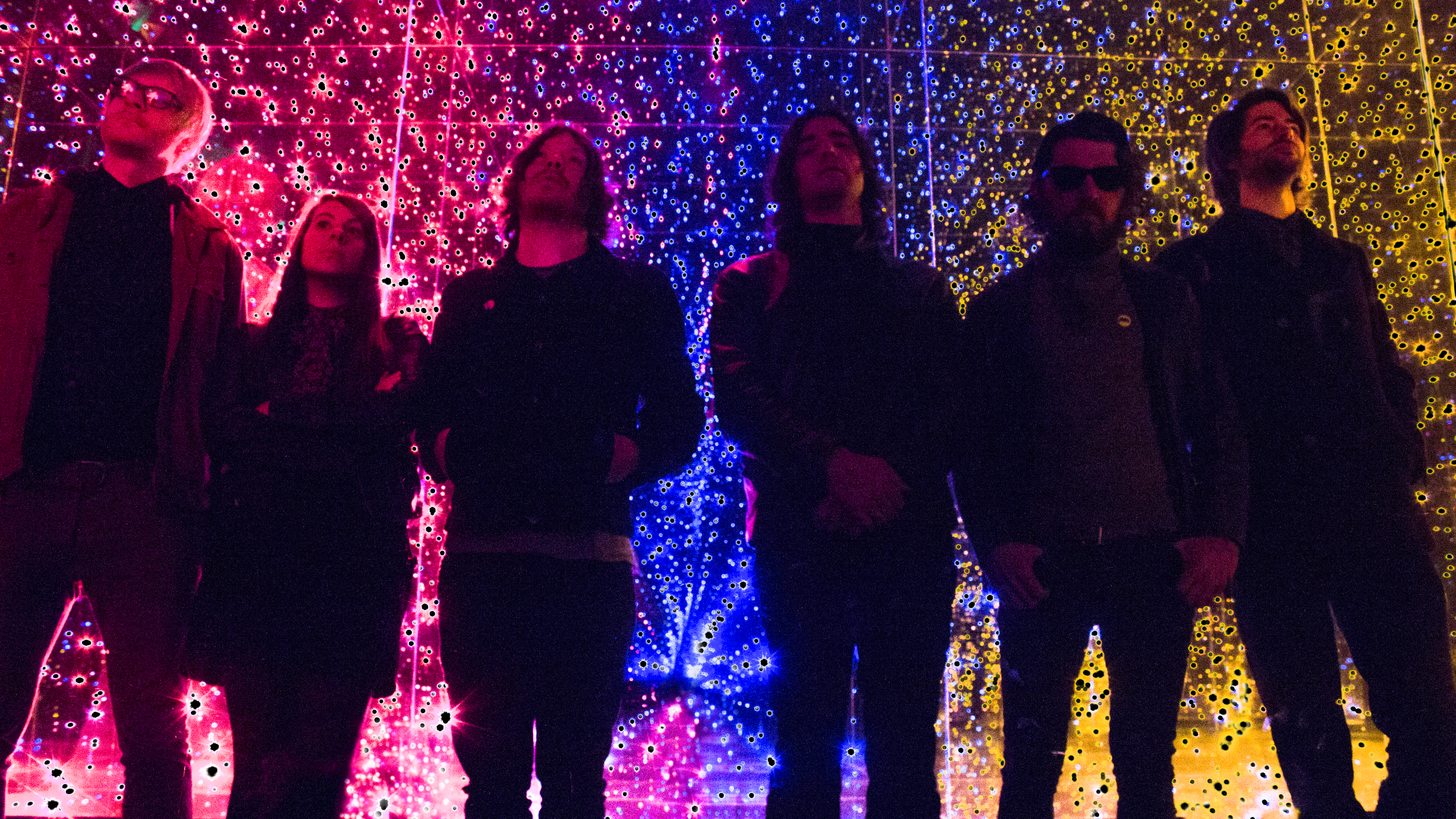 Mixed by Paul Savage (Mogwai, Franz Ferdinand, Teenage Fanclub), the ambitious four-year project – recorded across Chamber, Chem19 and Castlesound Studios (with additional sessions at the historic Govan Town Hall and a cottage in the Scottish Highlands) – far outweighs anything the band has attempted before. With the intricate sounds of string quartets, choirs and brass weaved throughout, the breathtaking result is set to supersede the success of their celebrated debut.

Focus track “Only History” takes the listener on an introspective examination of self-destruction via an injection of bittersweet dream pop. The track’s subtly-vocoded vocal floats amongst a menacing backdrop of a classic Juno 106 synth, fuzzed-up Farfisa, cavernous drums and celestial guitars; the elements combining to create a dense and comforting synthetic symphony. vocalist David McLachlan explained: “I went through a short period of getting fucked up. It was self-destructive and damaging, which filters through every aspect of life. I also noticed this same pattern of behaviour in friends and others. I still do it from time to time, but not as frequently. ‘Only History’ is about finding the courage to accept and confront issues instead of imploding.”

He continued about the “Bel Avenir” album “Our original goal was to record and mix 11 songs within a few months, but the very opposite happened. Songs were scrapped, members left, and we seriously questioned ourselves and the point of continuing. We had a rough idea of what we wanted to create and for this to happen we needed to develop and change, so we started again without timescales and boundaries.”

This initial troubled period ultimately paved the way for a more mature, dark at times, yet uplifting record. Dubbed as “gloriously out of step with the rest of Scottish music” – and with a reputation for being notoriously hard to pin down to one sound – Delta Mainline take their genre-spanning affection to new heights on “Bel Avenir”. A hazy ensemble of electronic and analog parts, the record fuses dream pop, shoegazing soundscapes, electronic experimentation and psychedelia-infused garage rock with nods to alt-country, post-rock and krautrock sprinkled throughout.

Debut LP “Oh! Enlightened” was released in 2013 to widespread and unanimous critical acclaim – notably from Uncut, Q Magazine, Artrocker, The Scotsman and God Is in the TV, along with radio support from BBC 6 Music and BBC Radio 1. Debut single “Vultures”, recorded at Chem 19 and mixed by Geoff Pesche (Aphex Twin, Blur) at the iconic Abbey Road Studios, launched alongside B-side remixes by Scottish favourites Miaoux Miaoux and Remember Remember.