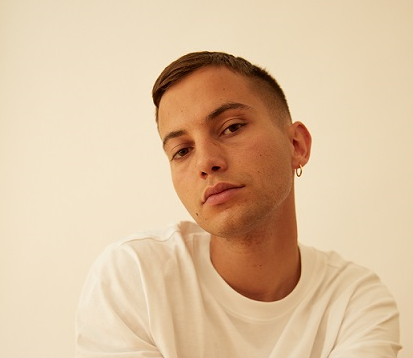 Elias Boussnina shares ‘Summertime Blue’ via Universal Music Denmark on July 12th, the follow-up single to ‘Closer’, released in June 2019, as the young artist continues to focus on the positives.

‘Summertime Blue’ reflects on the magical moments of a perfect summer, stimulating a contentment that feels impossible to replicate. Produced in collaboration with Lauritz Emila Christiansen (David Guetta, Ella Eyre, Sigala) and Oliver Cilwik (Christopher, Alexander Oscar, Malte Ebert) the song is awash with warm textures and deep atmospheres that encourage the mind to drift away to those rare summertime moments.

Speaking about the single, Elias said “’Summertime Blue’ encapsulates the nostalgic feeling you get when you think of a magical period in your life that can’t be re-created. For me, this time was last summer. Going through a long winter, that summer-period started to feel really distant. I wanted to write a song that reflected the affection I have for that particular period in my life. Summertime Blue almost feels like the flipside to the previous release ‘Closer’.”

Of Danish-Tunisian descent, Elias speaks English, Danish, Arab and French. He grew up listening to hip-hop and American soul, and first found success in 2015 under the moniker of Rap artist Yung Coke. When that project came to its natural conclusion, Elias began writing more R&B infused tracks and transforming his sound and identity into the expertly crafted art you hear today. Tracks from Elias’s debut EP ‘Shameboy’ and recent release ‘Closer’ were released to critical acclaim in Denmark and supported online globally by the likes of Complex, God Is In The TV and Colors.

Following recent success, Elias has just been announced as the model for Calvin Klein by Storm Copenhagen, one of the highest-profile concept stores across Scandinavia and Europe. The rising star will continue to release new music throughout 2019 and performs at Denmark’s Wonderfestiwall in August.