Crawford Mack continues his prolific release schedule for 2021 with a highly personal and prophetic new track, The Last Perfect Day on Earth (rel 22.10.21).

Listen to ‘The Last Perfect Day on Earth’ here

The Last Perfect Day on Earth is a stark statement on the perilous state of our planet as we approach the crucial COP26 talks in Crawford Mack’s home town of Glasgow (starting on 1.11.2021). It is a subject that both engages and enrages the songwriter in equal measure given, as he notes, the finality of the situation and the need for immediate action:

“Nothing else will matter if we don’t address the climate emergency. All those massive differences that we feel we have in society pale into nothing in the face of this and so many of them are encapsulated by it. A world that is unfair is a world in which the Global South suffers for the emissions of the Global North, in which the poorest suffer the worst effects of climate breakdown. Solve the climate crisis and you solve so much more at the same time.”

The song was developed over a period in which the reality of climate breakdown became inescapable. Floods across Europe and Asia, record temperatures and wildfires in North America, stark warnings of collapsing ice-sheets, vanishing glaciers and biodiversity loss were the other narrative of 2021, more destructive and more complex to solve than another emergency that gripped the planet and its attention.

Mack grew up in Glasgow, eventually studying jazz at The Guildhall School in London. Mack has played with a range of musicians on varied projects, from jazz through rock to electronic, classical and folk music, experiences which distilled into his own indie/ alternative sound. He’s supported Tom Walker and The Paper Kites Damien Dempsey at venues including King Tut’s Wah Wah Hut, SWG3, and St. Luke’s in Glasgow, The Islington Assembly Hall in London and the O2 Academy Liverpool. Mack has also headlined his own shows at King Tut’s, The Bedford, Servant’s Jazz Quarters and The Water Rats. Crawford will follow his recent sold-out London show with the announcement of further live dates shortly.

Mack’s work has found friends and supporters in BBC Radio 6 Music, SKY TV, The Quay Sessions, BBC Scotland’s The Edit, Amazing Radio, The Scotsman, Songwriter Magazine, God Is In The TV, The Vinyl District and The Sun. 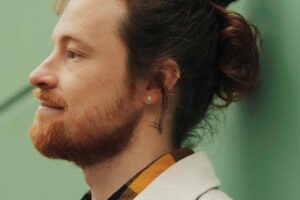