The initial brief for FEMME’s online PR campaign was to find premiere partners for each track on her ‘Covers’ EP. After a successful short campaign, Charmfactory were taken on, on a full time basis, with the brief to broaden FEMME out of the smaller and niche areas she was popular online already, reaching new and bigger audiences, while always keeping things very…FEMME…stylish, sexy, kitsch, fun, pop.

Charmfactory fulfilled this brief by;

• ‘Covers’ EP – we premiered each of these tracks on a wide variety of sites which included Drowned In Sound, Grazia Daily, The405 and The Line of Best Fit

• When we began work on the single campaign, we premiered the track with The Guardian. One of the World’s biggest and most credible broadsheets and an area FEMME had never been covered before

We considered this a very important area for FEMME online and we wanted to work with cool and credible brands and sites. Our aim was to initiate strong relationships, which could be build on and flourish over a number of years. Key fashion features included;
– We premiered ‘Ring My Bell’ from the ‘Covers’ EP with Grazia Daily
– We premiered the video for ‘High’ with Vogue.com (US), one of the World’s most respected fashion destinations. And which generated the quote “FEMME, fashion’s favourite new pop star”
– We arranged for shopping site, ASOS, to use ‘High’ in one of their catwalk videos
– We worked with AllSaints and arranged for FEMME to take part in their ‘5 x Friday’ playlist feature. The playlist was shared across AllSaint’s huge digital platforms, globally

Whilst broadening FEMME’s fanbase and appeal online, the aim was to also keep her relevant in the areas that had supported her initially, and of course gain coverage on the all so important Hype Machine blogs. We used exclusive content to help do this;
– We premiered remixes on Clash, Wonderland and Indie Shuffle
– We premiered exclusive video content with Noisey

We wanted to choose a platform that really ‘got’ FEMME for her first session. The Transmitter team were big fans and they immediately understood the direction we wanted to go in. The result is a very slick session which perfectly showcases FEMME’s style and personality;

• To date, we have produced 100+ pieces of quality online coverage
• The single premiere with The Guardian generated 7k Plays in 24 hours
• The remix premiere with Indie Shuffle generated 3k Plays in 24 hours
• The video for ‘High’ which we premiered with Vogue.com, has had 70k Views on YouTube
• AllSaints shared FEMME’s ‘5 X Friday’ playlist feature across their huge digital platforms, globally. Facebook – 628k / Twitter – 94.7k / Google + – 1.3M

Quote from management: “We started working with Charmfactory about half way through 2014 on one of our artists FEMME. They hit the ground running and have had many successes with key media. However, the guys are much more than a PR team, they are fully part of the FEMME family now. They do all that you would expect from a very professional team but have also gone the extra mile on everything. It’s been a pleasure starting this working relationship with Charmfactory, and to get along so well on a personal level as well is so important.” 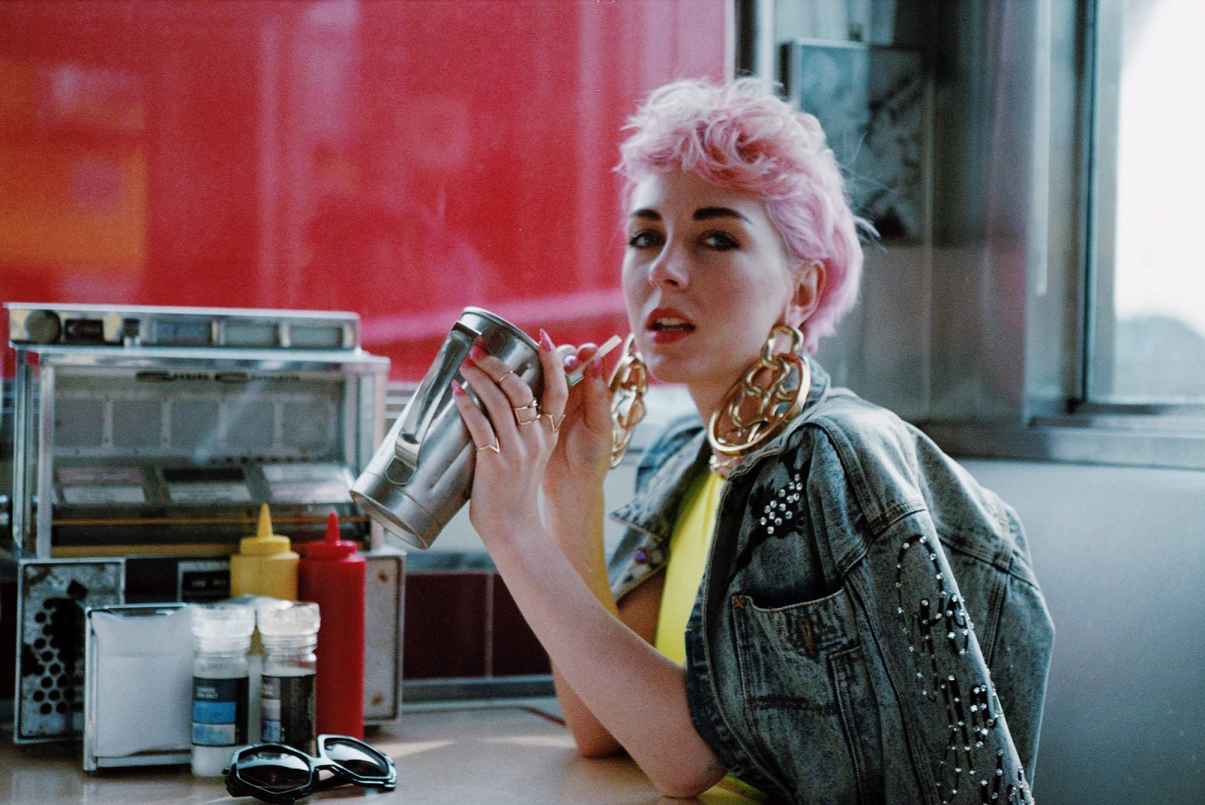 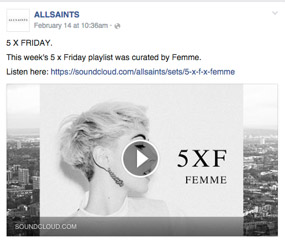 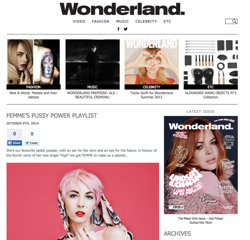 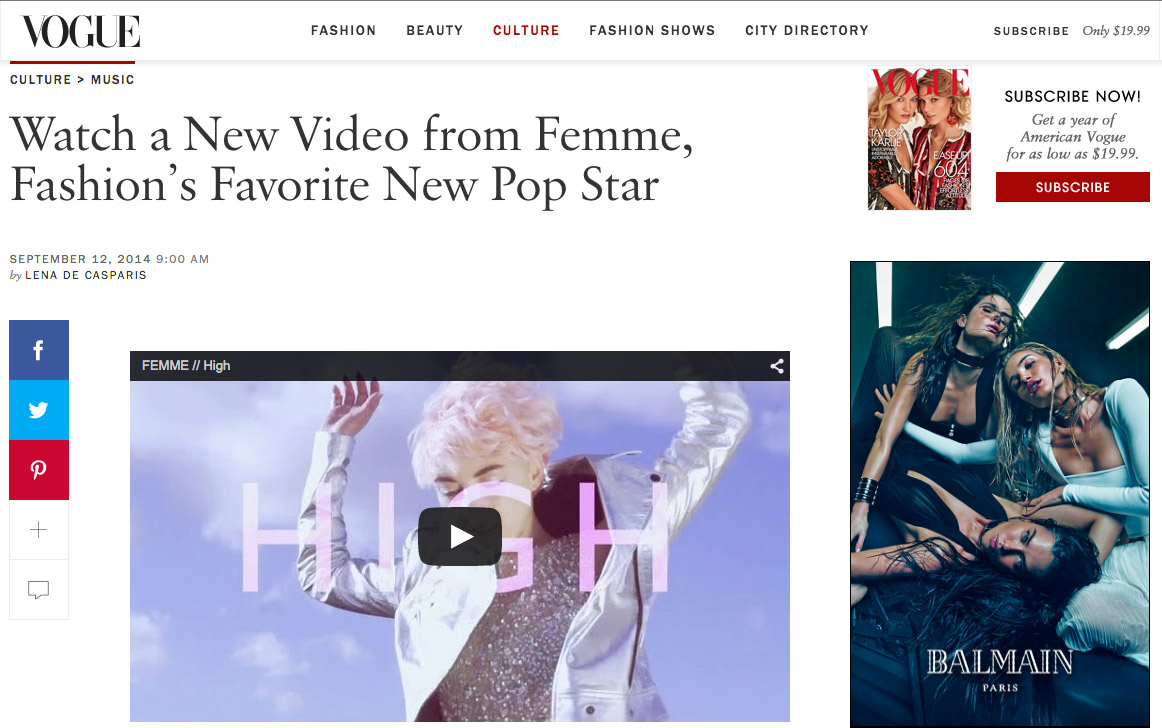 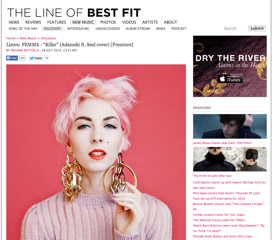 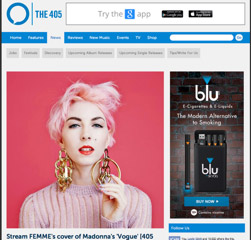 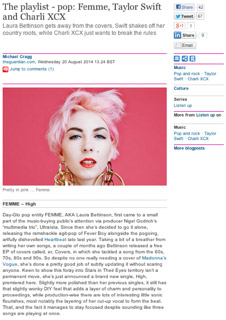 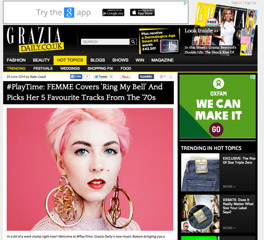 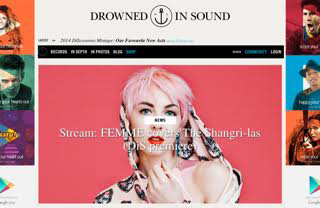 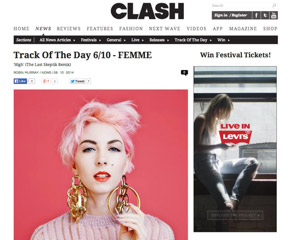 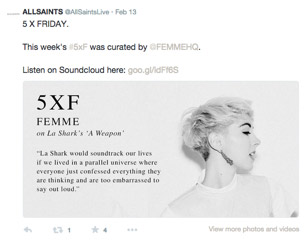 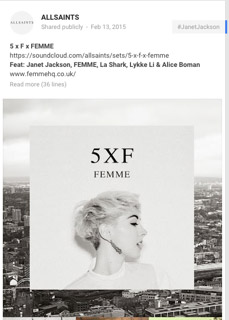