EmbodyTo raise awareness of the artist as a producer as well as an artist.

To raise awareness of the artist as a producer as well as an artist.

From the initial outset and the continuing plan has really been to get to the point of people offering remuneration for Embody’s music – records and publishing. This may sound obvious, but that was ultimately the goal from management ’s perspective, in order to develop Embody as a producer and artist in his own right. In a nutshell the brief was to raise his profile, leading to monetisation. That has different tangents – e.g. a publishing and record deal, building a platform for remixes, for dj’ing etc. The root of all these lay with exposure from the off.

Embody is a Lithuanian born, London based producer. His distinctive sound is Tropical house. He remixes, produces his own solo material featuring guest vocalists and creates bespoke music for ads and other commercial concerns. We were taken on directly by management, having run previous artist campaigns with them, to build an online presence for Embody from ground zero.

The areas that would be of the greatest importance for building his profile, positioning him in the right environment and driving streams for Embody’s music were; influential youtube channels and hype machine blogs. Part of the remit was to grow his social numbers to a healthy level with strong engagement, as this is a key factor taken into consideration when signing new acts – this was done through regularly giving away content for page likes, cross promoting content placements and engaging with fans both within the music industry and beyond.

We began working with Embody on his remix of another of the Charmfactory roster, Ang Low. This premiered with influential US site Earmilk, picked up lots of blog love and amassed over 125K streams on Soundcloud.

This was followed by his Lana Del Ray remix, this was attached with a free original piece of material (Make a Stand – feat Barnaby). This helped get the profile out there of who and what he was. The LDR remix premiered on the highly influential Indie Shuffle – which alone drove over 39,5K streams of the track and overall 208K streams on Soundcloud. Within a week of being online Embody’s first original piece of material – Make a Stand – feat Barnaby amassed 100K streams. Our servicing the track also led to Embody’s first radio play on BBC Radio 1 Review show. Will from Hype Machine blog Radio Club Foot took ‘Make A Stand’ in as his recommended track.

Through our recommendation and introduction Embody has been commissioned to remix; German duo Milky Chance – one of the most Shazamed acts of 2014 – Peking Duk, The Ting Tings and much loved Swedish indie-pop band Last Lynx. His Milky Chance remix alone has had over 2,75 million streams online. Embody’s Last Lynx remix has been incredibly successful on Hype Machine with over 3.1K hearts.

Through our network of contacts he made it down to the top 3 selections for a major vodka brand ad campaign through our introduction to the brand’s agency and most recently did a DJ spot at Renaissance St Pancras Hotel.

In order to take him outside of the usual realms of music, we arranged a free download screen takeover with WeTransfer worth over £5,000 of ad value and drove awareness of Embody within their creative community that has over 50 million users.

Embody made it down to the top 3 selections for a major vodka brand ad campaign through our introduction to the brand’s agency.

The free We Transfer promotion secured for Embody was worth over £5,000 in ad value and exposure to their 50 million users worldwide.

Embody has an EP deal with the influential Super Recordings and there is huge label and publishing interest. 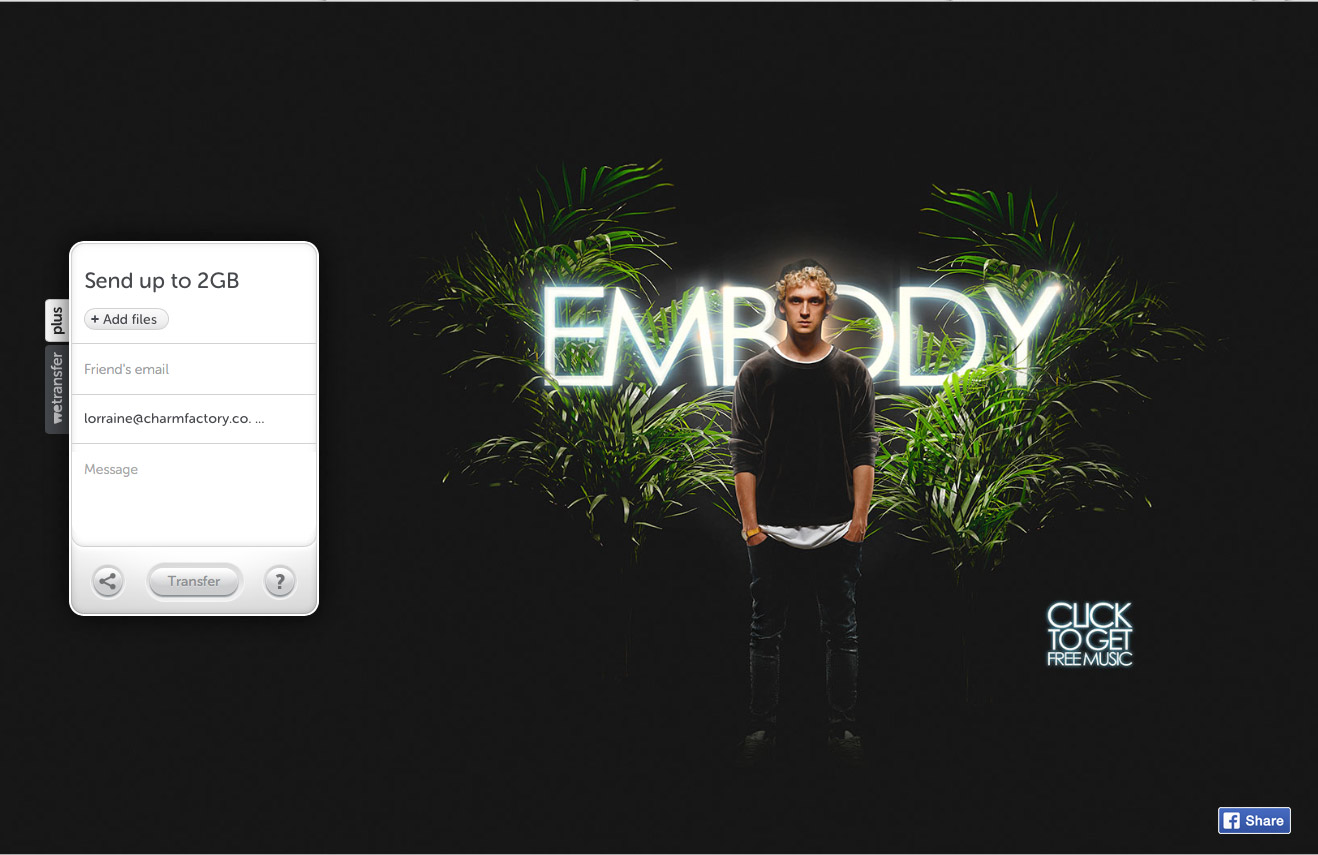 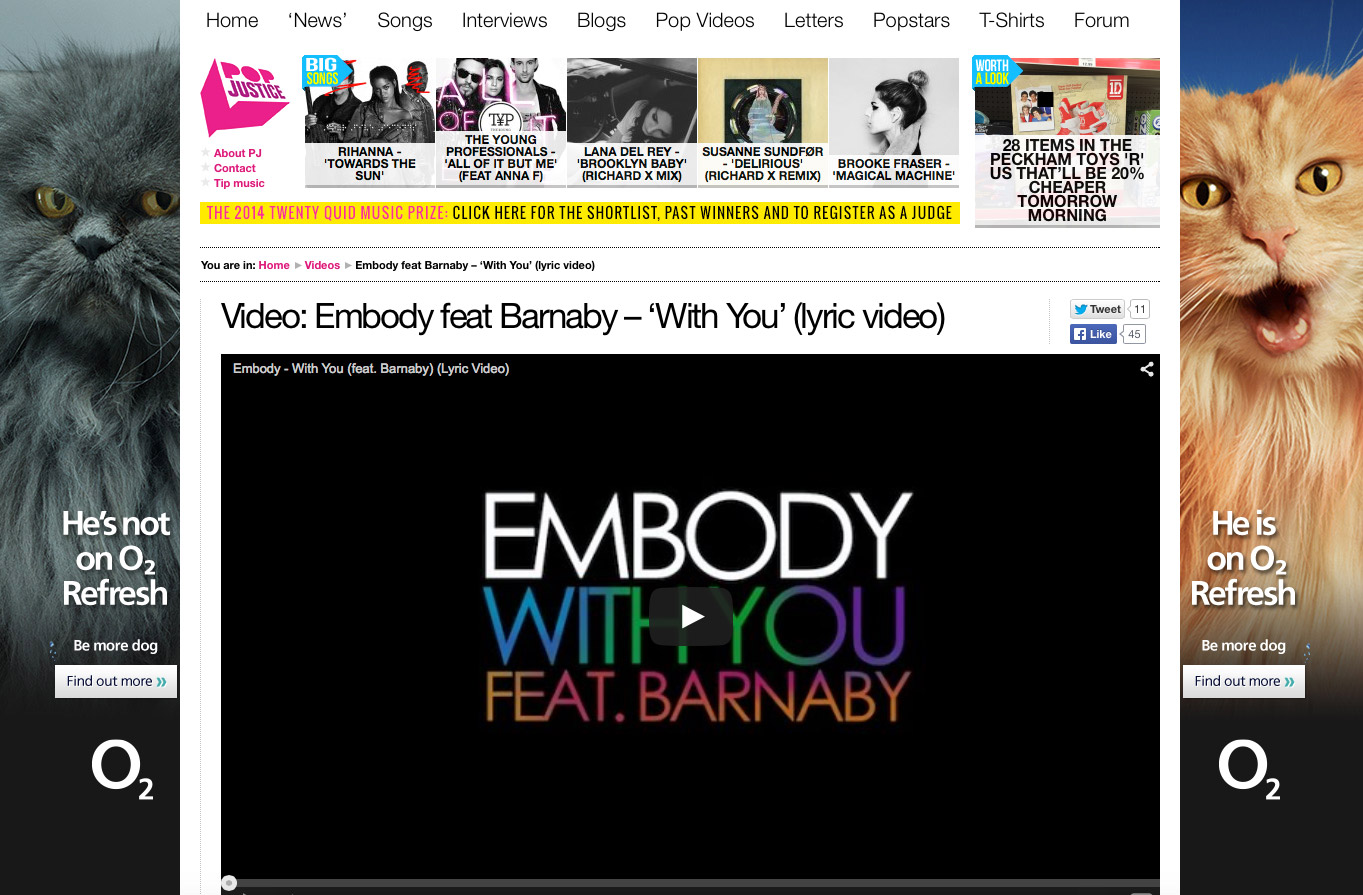 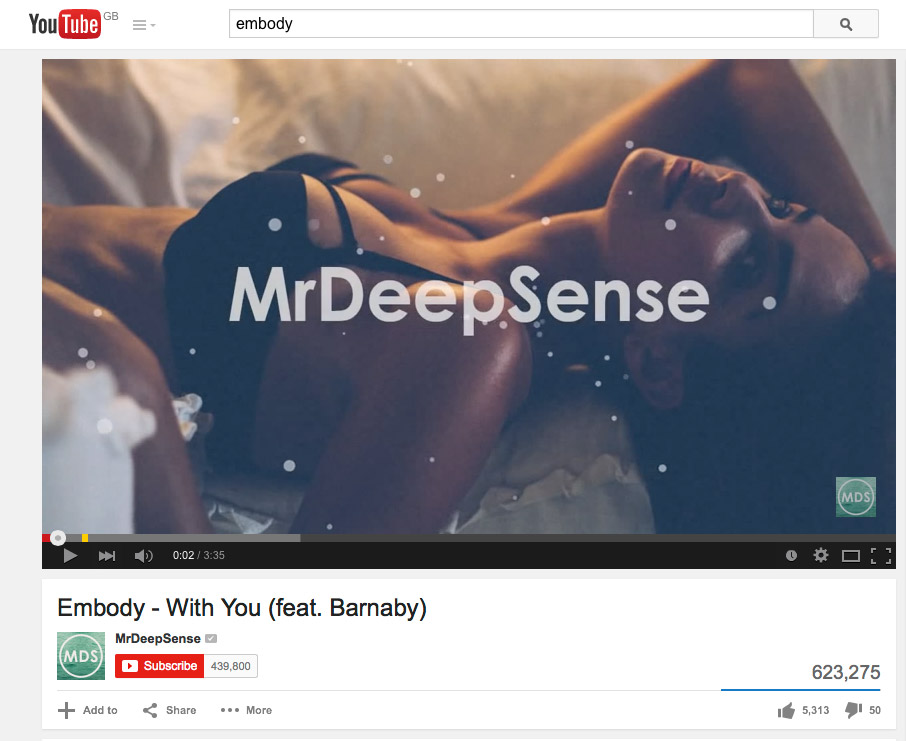 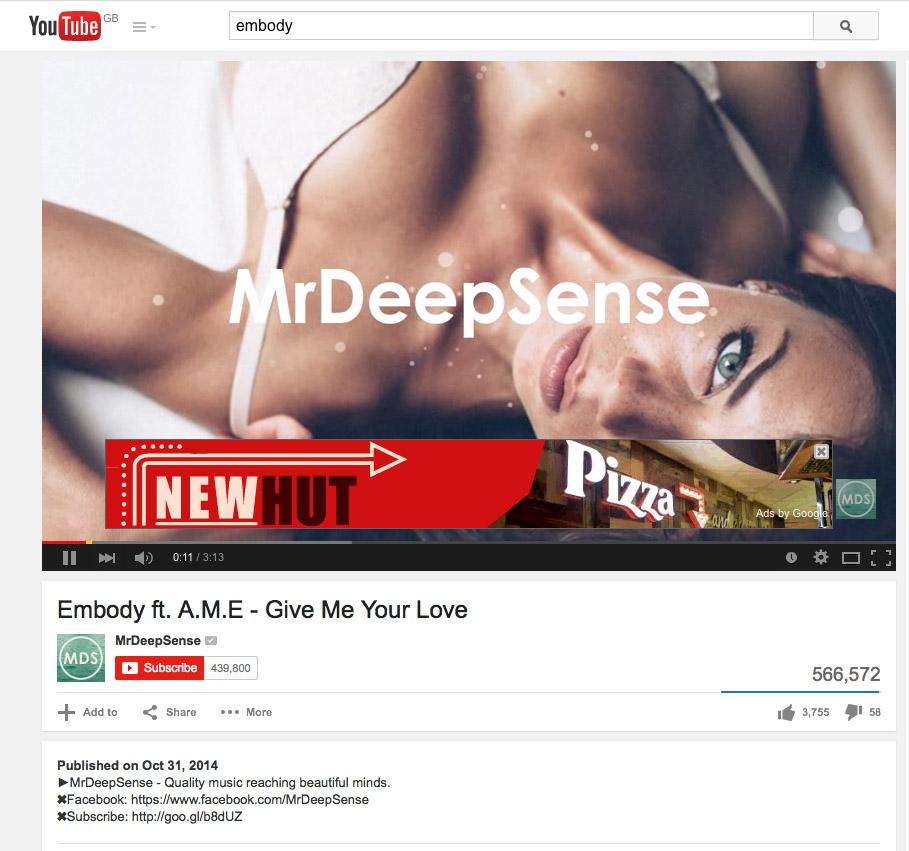 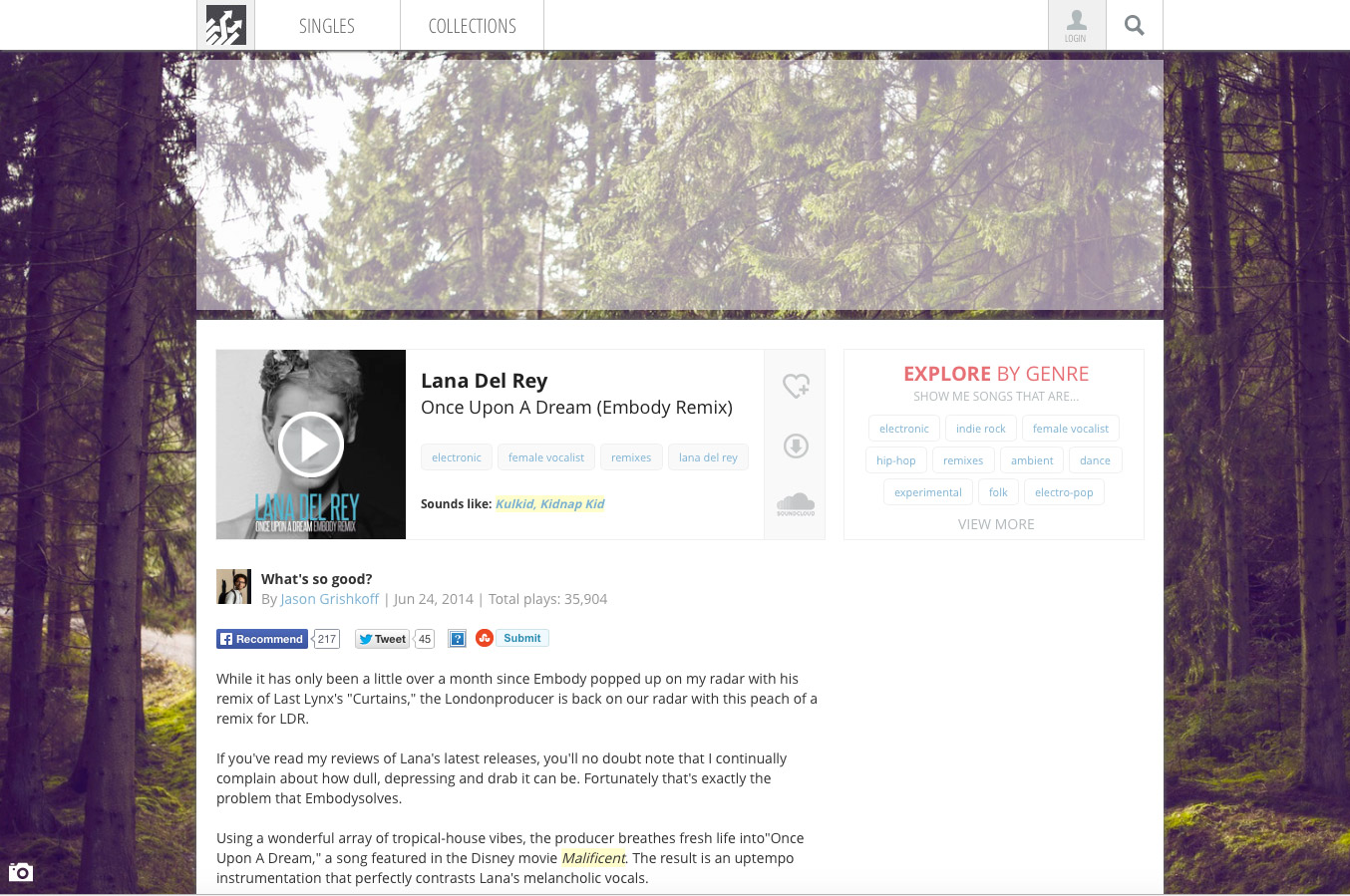 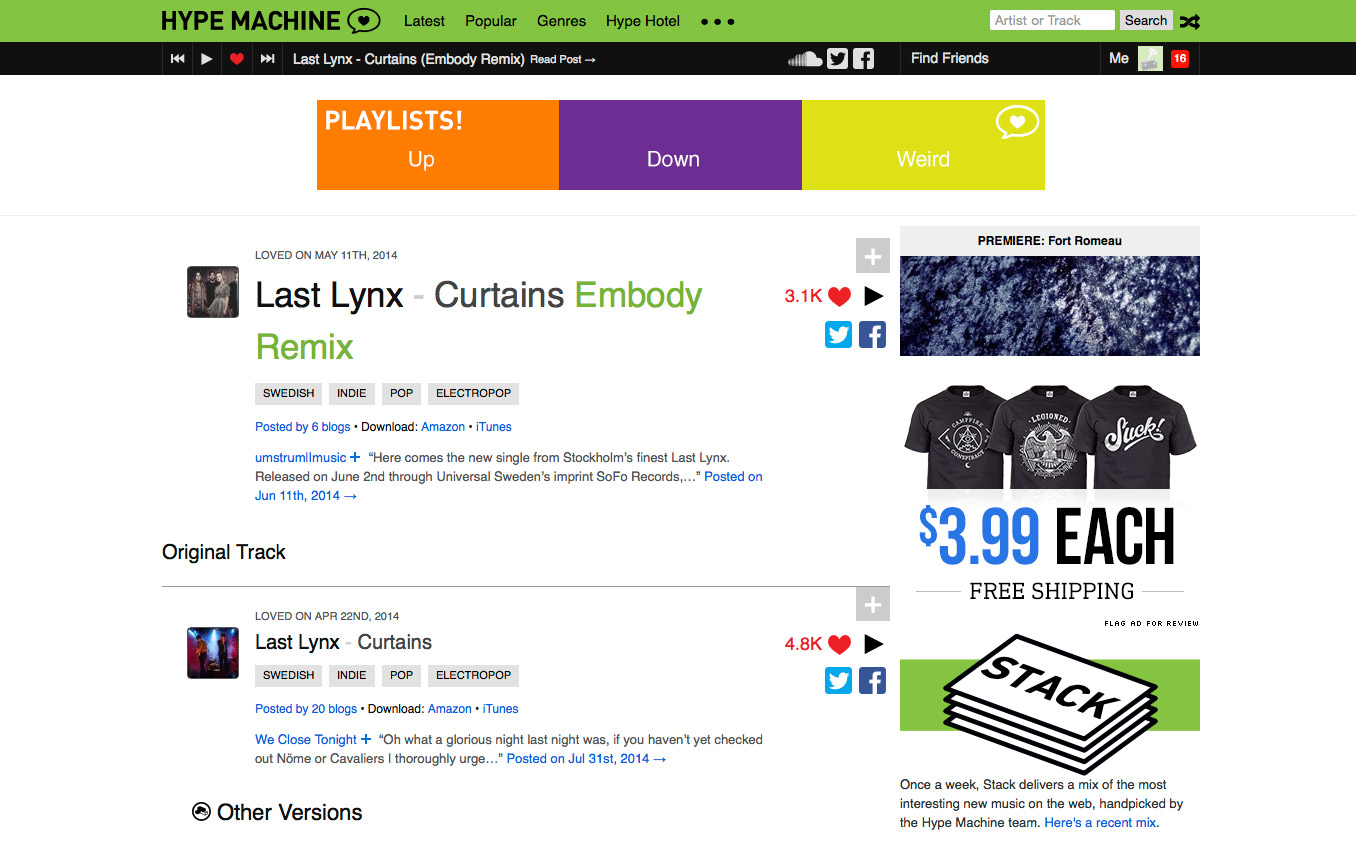 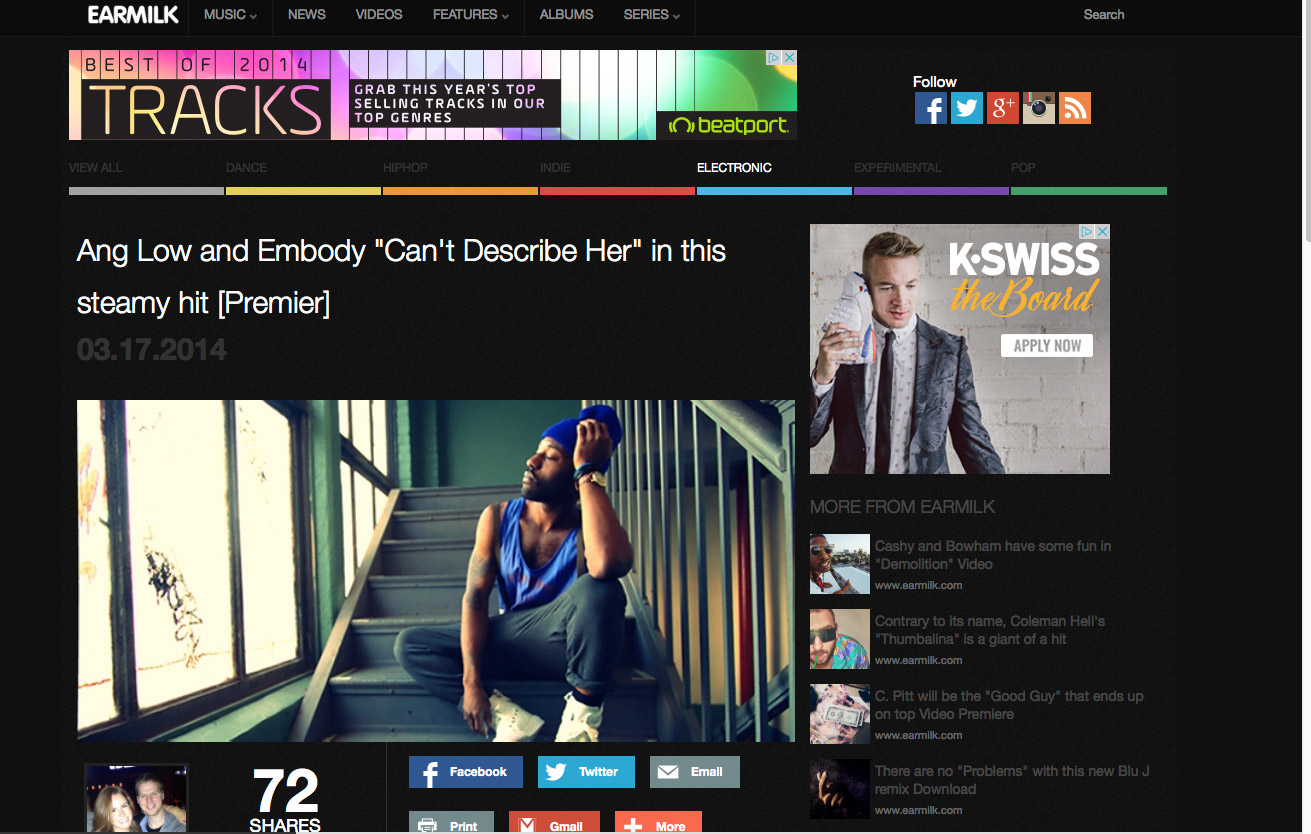