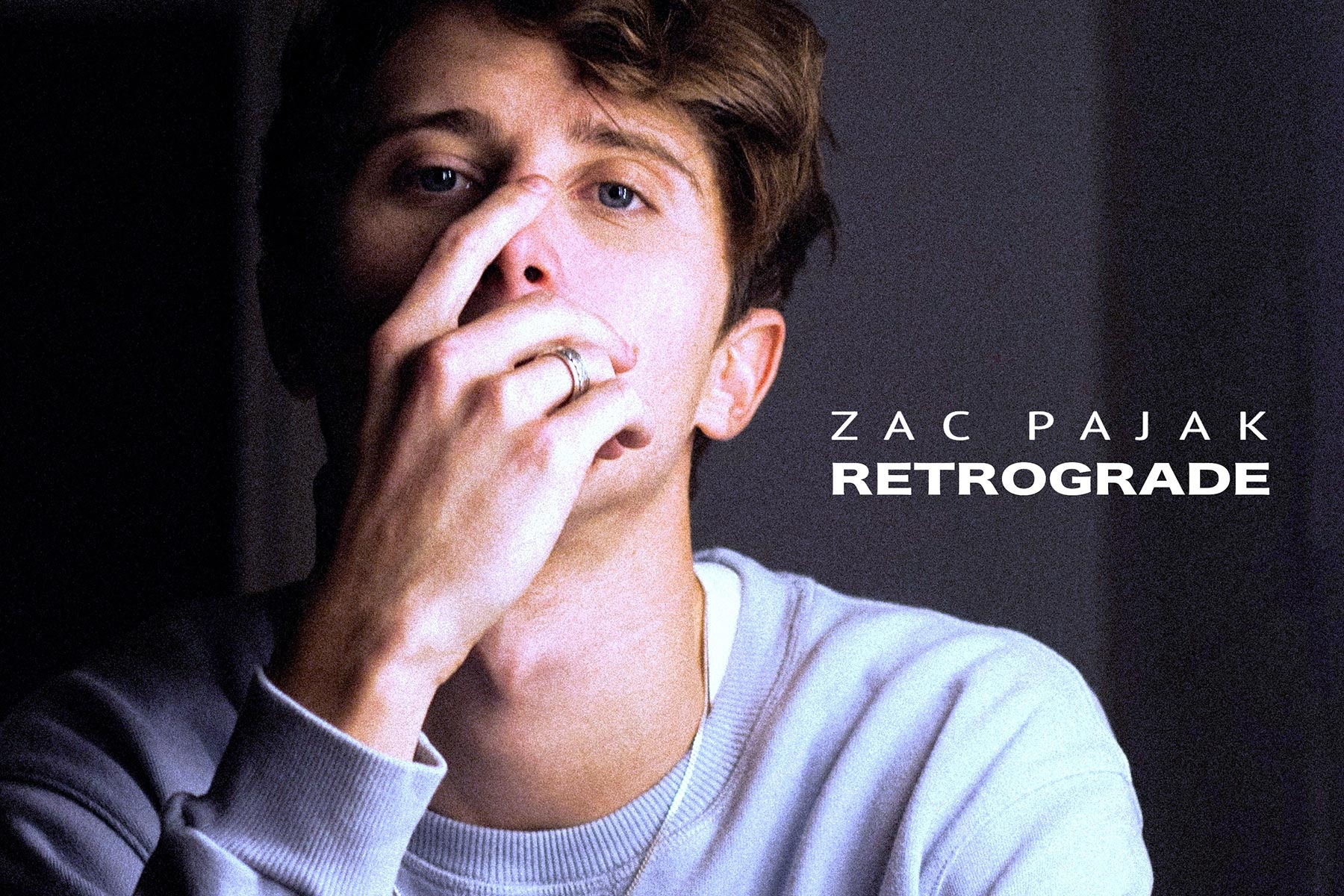 London-based Zac Pajak will release ‘Retrograde’ on January 31st via Goldun Egg Records. The new single is ‘taken from Zac’s debut EP ‘Early Hours’ which is set for release early 2020.

‘Retrograde’ follows the release of debut single ‘Again’ and follow up track ‘Not Around’ and embraces a contemporary, stripped back minimalistic style. The single evolves as Zac’s soulful vocal glides over delicate guitar turns and beautifully subtle electronic atmospheres. It’s a track that crawls with emotion, not only in Zac’s compelling songwriting and delivery, but in every inch of its production by Jake Gosling (Major Lazer, Wiley, Timbaland).

Speaking about the single Zac quotes: “’Retrograde’ is about letting go and trusting the journey. Sometimes life can take a turn in a different direction and you just have to believe that things happen for a reason. You may not always end up where you thought you were going, but you’ll always end up where you’re meant to be”

The solo artists music career continues to gather pace since being discovered by the multiplatinum selling producer Jake Gosling and signed to his record label Goldun Egg. Zac’s previous releases have been playlisted by Spotify UK, as well as supported by tastemaker websites such as Clout, Acid Stag and Indie London to name but a few. Zac has also enjoyed songwriting collaborations with the likes of Major Lazer, Mr Eazi, Raye, Danny Jones, NUUXS and Dusky Grey.

A seasoned performer with 5 years gigging in London pubs and on the apres-ski circuit in the Swiss alps under his belt, Zac will announce a series of live shows in 2020.