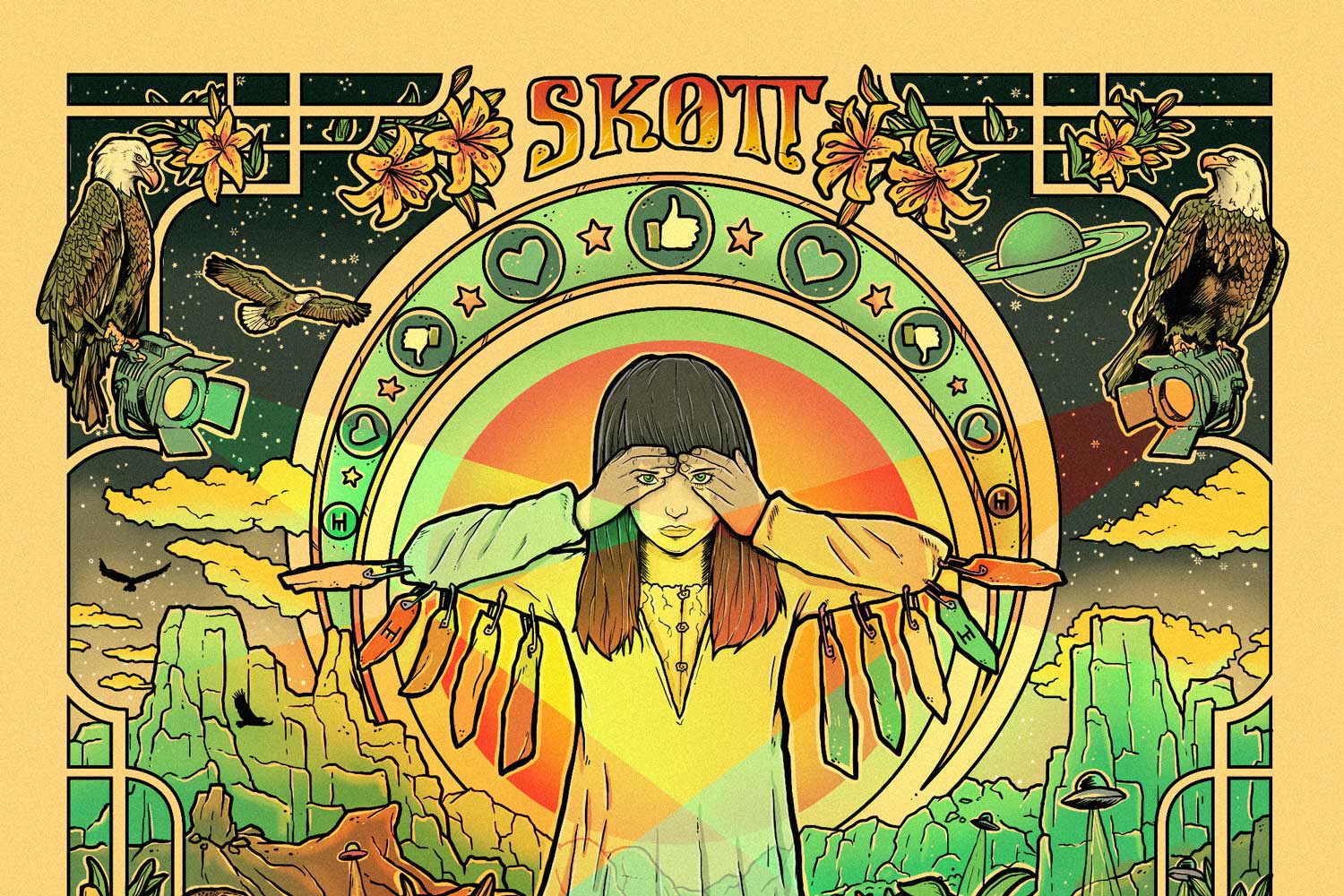 Critically acclaimed Swedish singer, songwriter and producer Skott shares her new single ‘Talk About Me’ on April 24th via Dollar Menu in partnership with Cosmos Music. The new music is the final track to be released from her debut album released on June 12th.

‘Talk About Me’ delivers a hypnotic and powerful, sophisticated pop tune full of surprises. Folk driven melodies unfold into a drama of eerie electronic atmosphere, peppering cinematic intrigue throughout. Pulsating acoustic guitar and percussion drive the track forward, as Skott’s alluring vocals and songwriting captivate from beginning to the bittersweet twist ending.

Skott summed up the song perfectly, simply saying, “It’s a quirky song, about a little girl who loses her mind to narcissism while chasing her big dreams.”

‘Talk About Me’ follows singles ‘Kodak & Codeine’ and ‘Bloodhound’, which have been supported by the likes of BBC Radio 1, Billboard, Earmilk, Idolator, Refinery 29 and PAPER Magazine to name but a few. Releases to date have amassed over 100 million streams, reached #1 globally on HypeMachine, and earned early co-signs from the likes of Katy Perry and Lorde, both of whom tweeted about Skott’s music before she went on to support acts like MØ and Phantogram.

Skott has headlined tours in both Europe and the US, and in February shared new album material live in London to rave reviews. This global take over stands in a stark contrast to the small wooded Swedish village of Vikarbyn where Skott grew up, known for its traditional customs and own language. However, it is this unique way of life and upbringing that has enabled Skott to truly walk her own path and create a world entirely of her own.

In the delicate process of writing and recording her forthcoming debut album, Skott searched for a way to release new music without having to compromise on her creative vision. When the opportunity presented itself, she started her own record label, ‘Dollar Menu’. Talking about this new chapter, Skott reveals, “It’s ok to show your teeth a little sometimes, and not worry too much about pleasing others or playing it safe, which I think many of us can find ourselves doing at times,” she continued. “I feel like starting my own label kind of runs in the same mindset.”

Skott releases her highly anticipated debut album on June 12th via Dollar Menu/Cosmos Music. The album will include several tracks already released, as well as a collection of completely new songs.