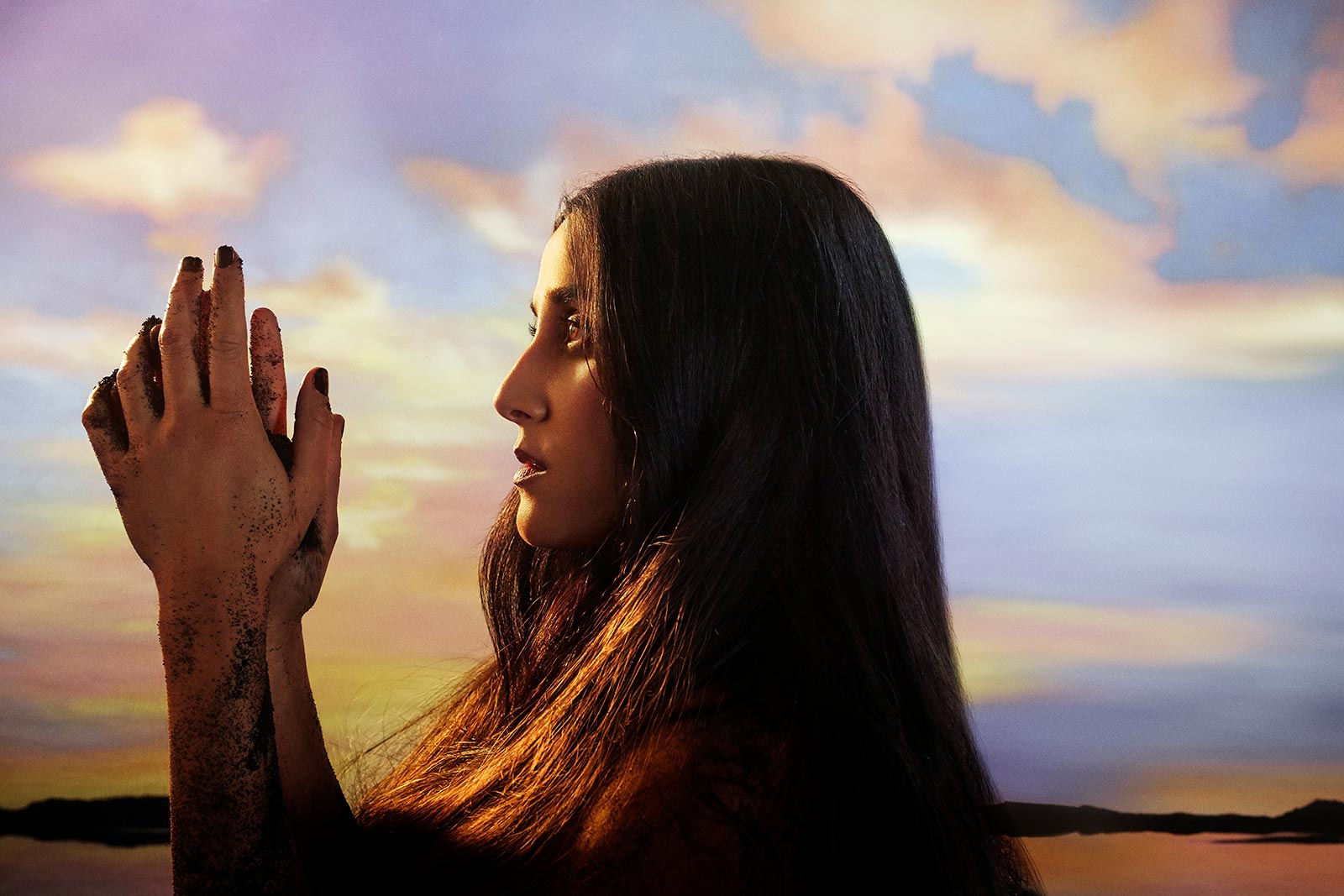 Brighton-based singer Salt Ashes releases ‘counting crosses’ on 06.03.20, the title track taken from her most dynamic collection of songs yet with the new EP also entitled ‘Counting Crosses’. Produced by Louis Souyave, the EP sees the singer-songwriter taking her unique synth-pop to the next level.

Speaking on the track, Salt Ashes quotes: “Another artist and friend of mine, Roseanne Lewis and I, got home at 3am after a night out, and we messed around on one of my synths in my bedroom and this fell out of us. We demo’d it there and then; I whispered the vocals out so we didn’t wake up our housemates and we stayed up until 7am finishing it because we were so hyped. Louis Souyave produced it and brought it to life. I’ve never had someone so in my head and understanding exactly what I want more than him. It was very collaborative too which makes me even more in love with the record as a whole.”

Salt Ashes first burst into the dance music scene with her signature dark songs and melodies with a zeitgeist club sound, all of which inspired by Giorgio Moroder ’s blend of disco and epic dark atmospheres.

Salt Ashes released her first full self-titled debut album in 2016, produced by Daniel Fridholm (AKA Cruelty), which quickly gained popularity with music fans worldwide. She has since released a string of successful singles, including “Girls,” “Go All Out,” and “Totally Faking”. She kicked off last year with a live performance and Q&A at Apple’s flagship store in London, where she also debuted the music video for her single “Don’t”.

Now, Salt Ashes is back – delivering some of her strongest vocal performances to date and blending her dance/electronic influences with dark atmospheres and introspective lyrics. The EP solidifies her as an ‘Artist to Watch’ for both the genre and in the UK music scene.

Buy tickets on Facebook here or on TicketWeb here

“Salt Ashes identified both her sound and strength on a solid debut of alternative dance-pop, a vocal that sat in a sweet spot betweenKelela and Kylie.” – The Line Of Best Fit