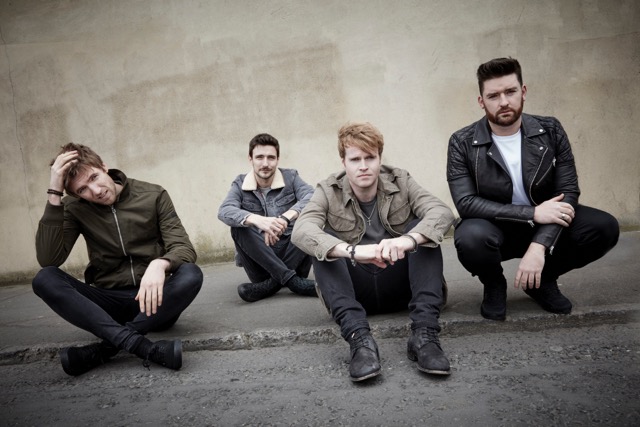 On Tuesday 22nd August Irish band Kodaline will be pitching up at Tottenham Court Road Tube Station and Covent Garden’s world famous Piazza to busk for male suicide prevention charity, the Campaign Against Living Miserably (CALM).The band will be performing two acoustic sets in these iconic London locations to raise awareness and funds for a charity that means a huge amount to them. Speaking about working with CALM frontman Steve Garrigan says “We’re happy to announce we’re supporting CALM. Depression is a silent killer, half the battle is getting people talking, it’s ok not to feel ok and it’s absolutely ok to ask for help.”Launched in 2006, CALM is an award-winning charity dedicated to preventing male suicide – the single biggest killer of men under 45 in the UK. In 2015, 75% of all suicides in the UK were male. CALM works to prevent male suicide by providing frontline services for men, promoting culture change and campaigning for better understanding of suicide and prevention. CALM offers:– A free, confidential and anonymous helpline 0800 585858 and webchat which are open daily, 5pm-midnight, and staffed by trained professionals– theCALMzone.net is CALM’s website, hosting inspiring content alongside information and support– CALMzine, a free quarterly men’s lifestyle magazine to entertain, inform and inspire men– Successful campaigns tackling the outdated stereotypes of masculinity that often prevent men from seeking help, including #BiggerIssues and #ManDictionary– Bereavement support through the Support After Suicide Partnership, hosted by CALMCALM works with high-profile ambassadors and partners, such as Professor Green, Lynx, Topman and JCDecaux.Simon Gunning, CEO of CALM, said: “We rely on the dedication of our supporters in raising crucial funds and awareness of the fact that suicide is the biggest killer of men under 45 in the UK. As an organisation that has always worked closely with the music community, we’re delighted to be working with Kodaline and are honoured that they have chosen to support CALM.”Kodaline recently released new single ‘Brother’, a song very closely connected to the charity’s cause. At it’s core it’s about being there and doing whatever necessary for your ‘brother’ in a figurative as much as a literal sense. ‘Brother’ is the first single to be released from their third album and the first new music since 2015’s Coming Up For Air, which went Gold in the UK. The band’s debut album, ‘In A Perfect World’ has sold over a million copies worldwide and imprinted itself on the nation’s consciousness with streaming figures well into the 100s of millions. On Vevo the band’s videos have had over 200 million views, and they have sold over a million singles. Kodaline are – singer Steve Garrigan, guitarist Mark Prendergast, bassist Jason Boland and drummer Vinny May. www.thecalmzone.net www.kodaline.comFor more information on Kodaline please contact:Online media – Lorraine@charmfactory.co.uk Print media – fred@mbcpr.com / bc@mbcpr.com TV – pippa.evers@dawbell.com For more information about CALM contact: Neil Wood neilwood@thecalmzone.net / 07738 160 434In 2015, 75% of all suicides in the UK were male. Suicide is the single biggest killer of men aged under-45 in the UK (NISRA, GRO, ONS, 2015). Only 55% of men who’ve experienced depression will tell anyone about it, compared to 67% of women (CALM’s Masculinity Audit 2016).Founded in 2006, the Campaign Against Living Miserably (CALM) is an award-winning charity dedicated to preventing male suicide. For more information visit thecalmzone.net. CALM’s helpline & webchat are open daily 5pm-midnight thecalmzone.net/get-help