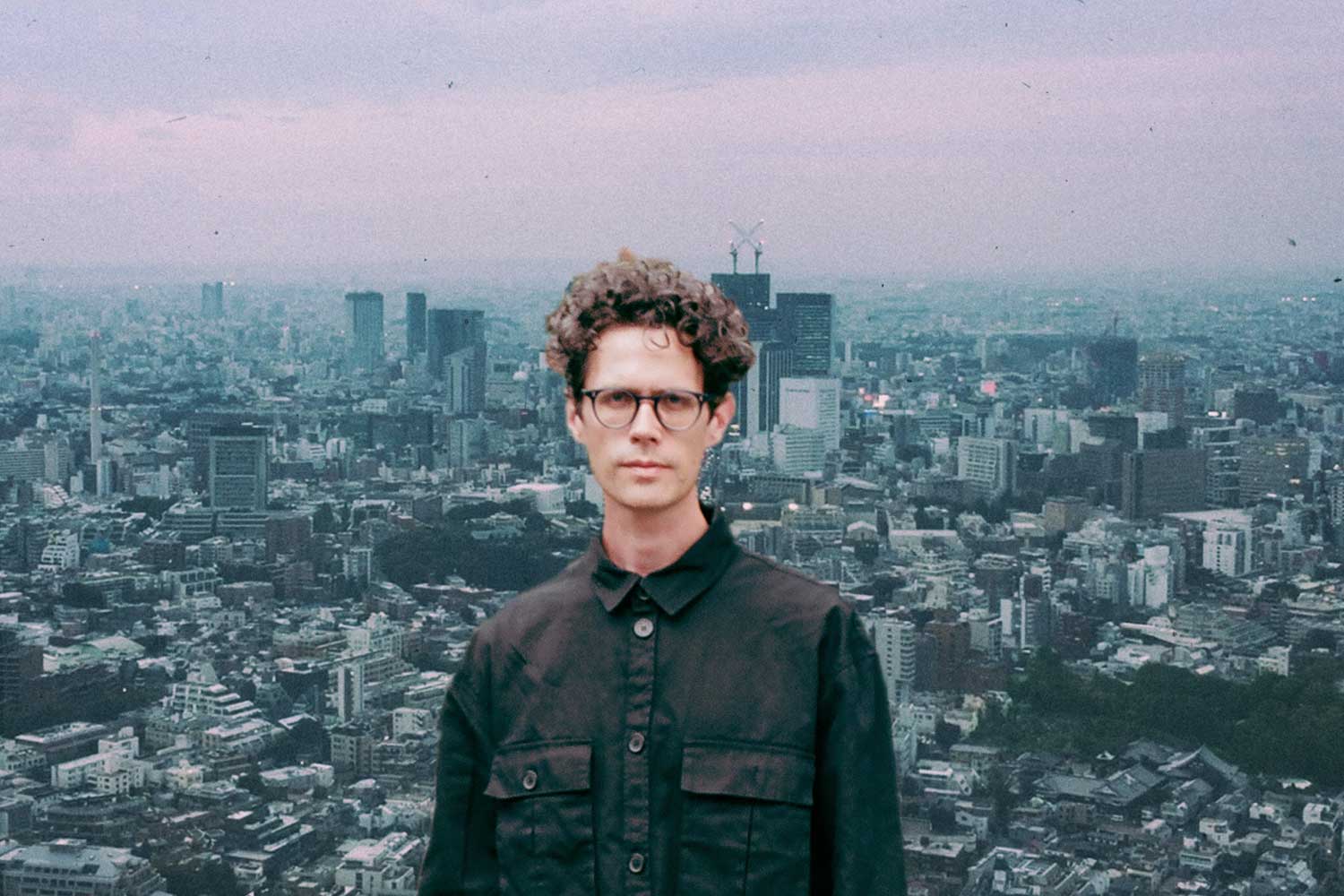 ‘Saffron’ delivers one of the artists most accomplished songwriting arrangements to date, whilst continuing to push the boundaries of the expected. Echoing harmonies swirl over electronic keys and deep 808 kicks, whilst the artists smooth vocal pitches the rich backdrop of an unfamiliar metropolis against real human connection.

Karl Zine talked about the track saying “Saffron is about the possibility of a particularly intense, almost overwhelming kind of relationship and how to hold on to your sense of self within it.

I wrote a large part of the lyrics to Saffron in Tokyo where I spent 10 days taking the first holiday I’d ever had on my own. It was a very important experience for me, the first time I’d found myself for whole days with no-one to talk to due to the time difference, no internet and no knowledge of the city or language and no pre-determined plans.

I found myself just walking around, following my gut instincts about where to go and finding myself in crowded streets of Shinjuku and Shibuya, surrounded by unfamiliar sights and sounds, contemplating loneliness, what drives us to search out others to share our lives with, and what the things that capture our attention say about us.”

Karl Zine launched his solo career in September 2020 with debut single ‘Greenscreen’ and follow-up single ‘Outrun’ the singles  have been supported by leading online music tastemakers such as Wonderland, The Most Radicalist and Beats Per Minute to name but a few.

Karl’s production work to date has earnt him a nomination for MPG Breakthrough Producer of The Year 2021.

The artist first found praise for his unique production style and songwriting with RINNGS. Releases from the duo have gained support from tastemaker blogs worldwide and featured on Spotify’s New Music Friday in UK, USA and Sweden. Fans of his production include Radio 1, 6 Music, The 405, Line Of Best Fit, The Independent and more. RINNGS have been working on separate projects since lockdown but plan to release new material in the near future.