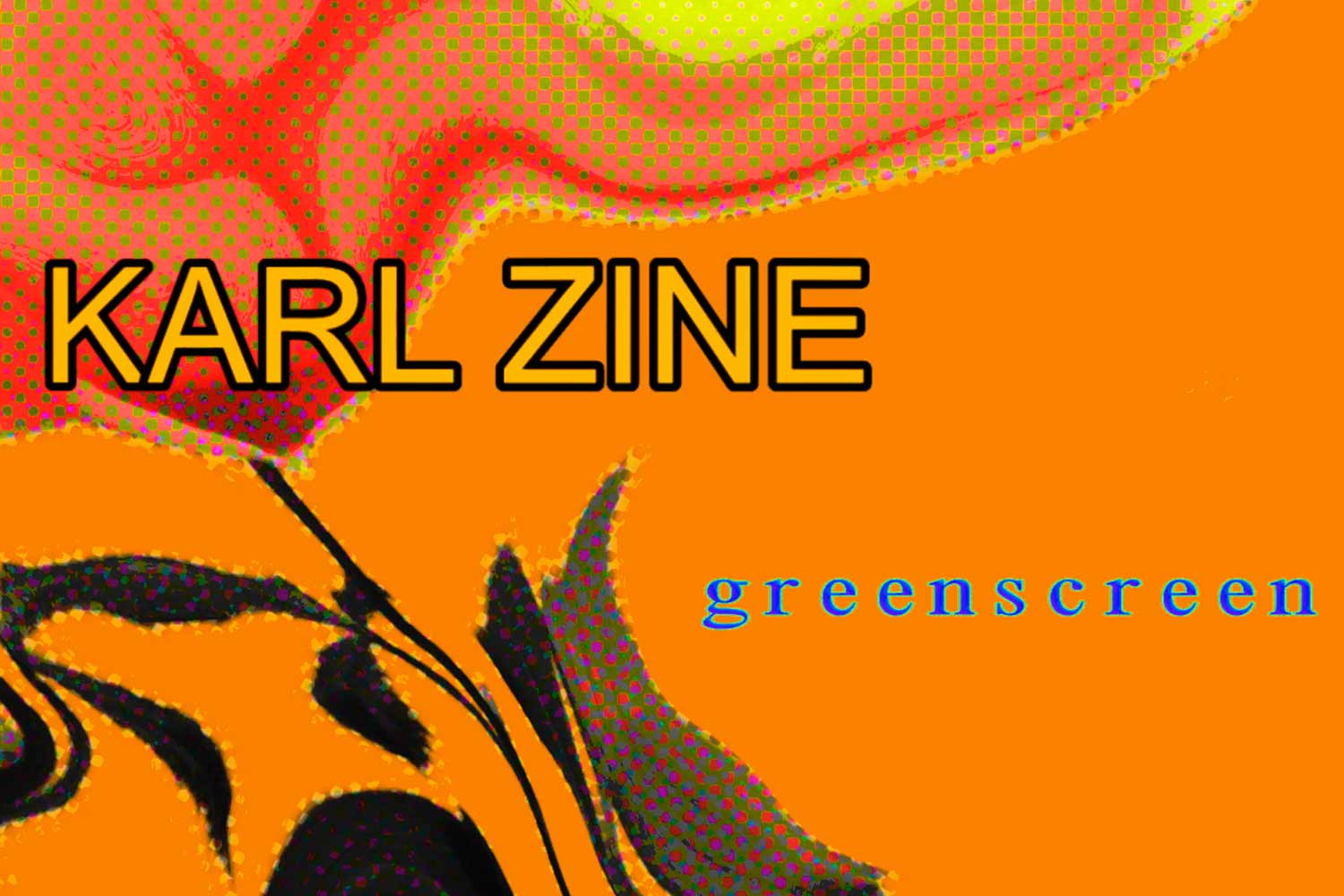 ‘Greenscreen delivers a beautifully crafted piece of electronic pop that instantly captivates. A deep bassline plunges us into a dreamlike state as the music glides seamlessly into a world of swirling atmospheres, layering intricate beat-work with plenty of sweeping long tones. Glorious choral samples deliver a sense of euphoria amongst a feverish landscape of conflicting emotions.

Karl Zine talked about the inspiration for the track saying “Police cars at night have the most amazing blue lights, strangely sinister and quite beautiful at the same time, you don’t see that blue anywhere else really.

The intro of the song was inspired by the video game Grand Theft Auto 5 which features police cars pretty heavily, it’s one of the most amazing feats of programming I’ve ever seen. A whole miniature world to explore, complete with sunsets, waterfalls, cityscapes. Losing myself for hours, flying over the mountains in my private Learjet got me thinking about reality, about the gap between what we think we see and what’s really there. My bookshelf full of ‘classics’ I’ve never read and probably never will, the things we believe we want, whilst having no idea where the desire comes from or if it’s even our own.

It was beginning to feel like I had more in common with the title characters in GTA than the real people outside. So, I started writing phrases down, random stuff that popped into my head. I didn’t set out to write a ‘song’ as such.  I decided against the structure of verses, choruses and specific hooks, I just let it evolve and when it felt like a good place to stop, I called that the end.

Karl Zine first found praise for his unique production style and songwriting with RINNGS. Releases from the duo have gained support from tastemaker blogs worldwide and featured on Spotify’s New Music Friday in UK, USA and Sweden. With fans of his production at The 405, Line Of Best Fit and The Independent to name but a few. RINNGS have been working on separate projects during lockdown but plan to release new material in the near future.

Since RINNGS and during lockdown, Karl Zine has been developing his obsession with graphic design and lyric videos, recently creating a new striking flower-based piece for his successful musical collaboration with Norwegian singer-songwriter Iselin, who released their track ‘Clear Water’ last year.

He has also recently collaborated with Izzy Warner on the Karl Zine co-written/produced ‘Brand New’. A version of the song features his vocal as his lesser known alter ego ‘21st Century Viking’ in Will Ferrell’s Netflix’s cult hit film ‘Eurovision: The Story Of Fire Saga’.

Karl will announce an additional series of exciting collaborations before the year is out and releases his 7-track debut album on 13th November 2020.