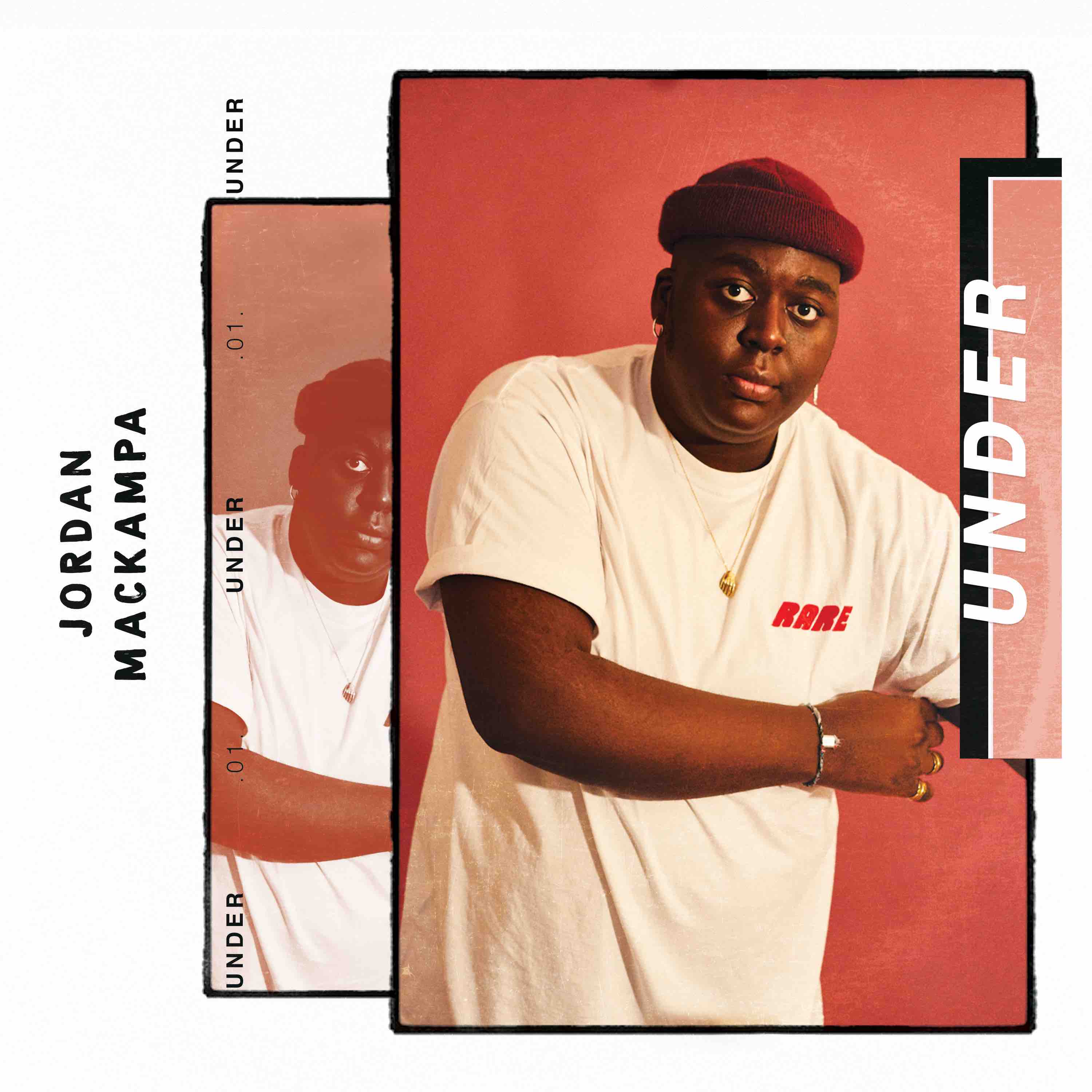 Jordan Mackampa shares new single ‘Under’ an uplifting track, which showcases the artist’s soulful timbre and ability to capture the joy of living presently. The track builds with foot-tapping rhythms, rich backing vocals, undulating funk bass line, and Mackampa’s trusty acoustic guitar. It all comes to a glorious peak in the latter half of the song; leaving an imprint long after the song closes in soulful harmonies. ‘Under’, was produced by Dani Castelar (Paolo Nutini)

Speaking on the track, Jordan quotes: ‘Under is about falling for someone you only met briefly on a train journey, but feeling as if they could be the new love of your life, without hardly knowing them. But, within that journey home/work, you’ve let your mind drift off to who they might be as a person, what kind of food they like, tv shows you could watch together — basically imagining your whole life with them, whilst understanding that none of that will happen, if you don’t go over to them & ask them out on a date, before they leave.’

The London based soul singer is the combination of his Congolese roots and midlands upbringing. His soul soaked, indie driven tracks swim in the sounds and stories of the cities he’s inhabited over the years. Inspired by his mother’s love of the great soul singers, Marvin Gaye, Bill Withers and Curtis Mayfield, Jordan combines his timeless vocal with catchy melodies and heart felt lyrics to create an exciting hybrid of alternative pop and soul which will enchant and uplift in equal measure.

‘Under’ follows the release of single ‘One In The Same’ (June ’18) and follows the release of three EP’s; ‘Live From The Grand Cru’,(rel late 2017), ‘Tales From The Broken’, (rel early 2017) and ‘Physic’ EP, (rel 2016). All three EP’s have received critical acclaim from NME, The 405, LOBF, Clash, Indie Shuffle, Wonderland, Mahogany, BBC Introducing, The Telegraph, Atwood Mag and Hillydilly. Jordan has strong support on Spotify; all 3 EP’s have collectively amassed over 40m streams.

LoveMusicLoveLife – Soaked in soul, soundtracked to a toe-tapping melody, ‘One In The Same’ flows with relatable lyrics focusing on the monotonous routines that have become engraved into our daily life.

Atwood – Mackampa’s “One in the Same” reminds us, in his signature soft spoken and soulful way, of what is real and true when it comes to connections and relationships.

Wonderland – “Soulful and stunning, Jordan Mackampa has been wowing audiences with his rich vocals and enlightened songwriting since the release of his critically acclaimed “Physics” EP.”

405 – ‘Jordan Mackampa has an old soul and an enlightened voice.’

LOBF – “Battlecry” is a thumping, rallying cry that snowballs into a huge, foot-stomping anthem.”

NME – ‘Drawing on named influences like Lianne La Havas and BB King, ‘Physics’ stitches together remnants of blues, folk and soul to create a varied and eclectic sound that best reflects the uplifting spirit of one Stevie Wonder.’