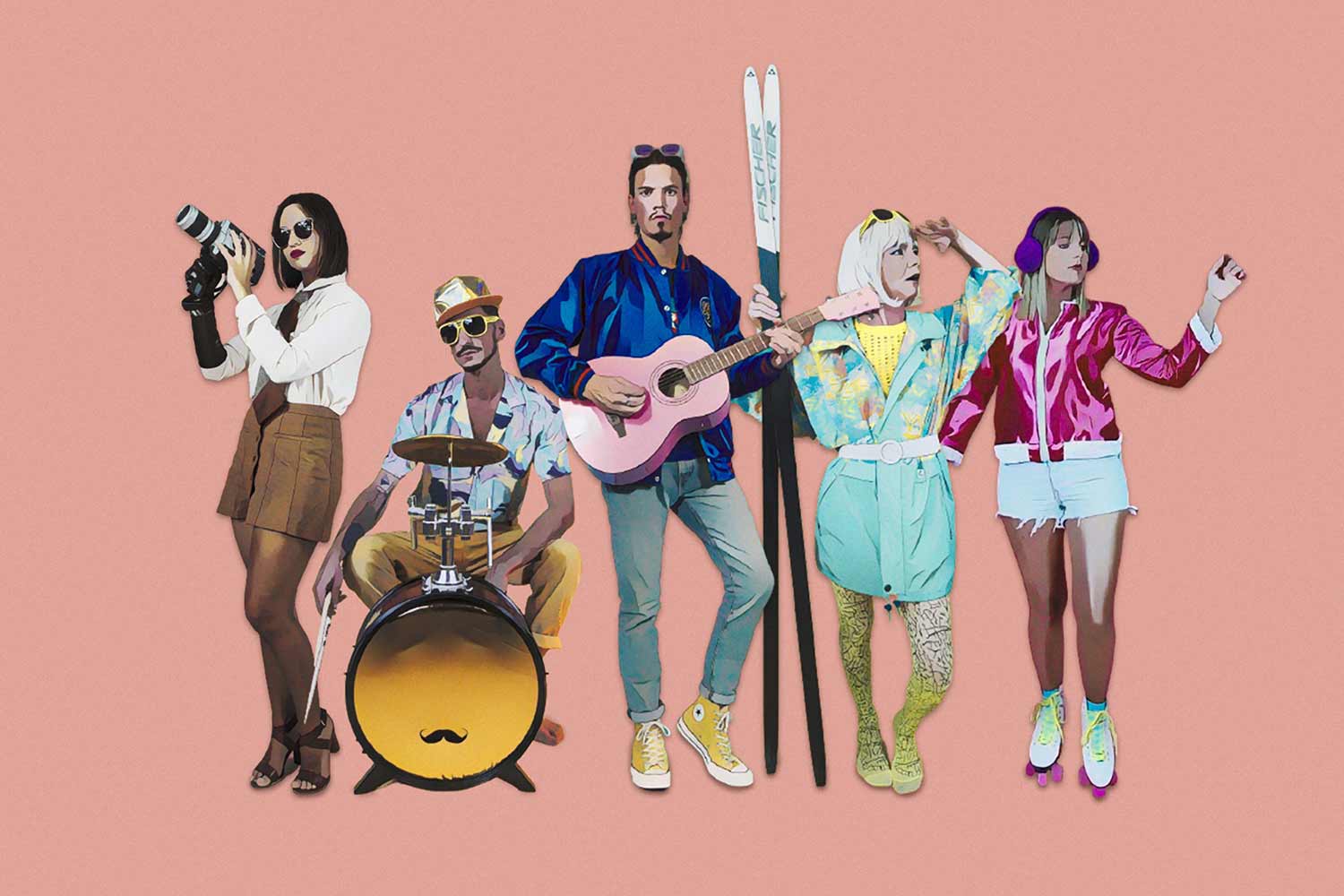 On May 28th, Lyon based indie- pop collective Glossy Clouds, will release their debut single ‘Plastic Mustache’ via UK independent label, KWS Blank Canvas Music. ‘Plastic Mustache’ ‘is the first single to be taken from the band’s debut EP set for release in July 2021.

‘Plastic Mustache’ delivers a bold upbeat party tune that matches funk grooves to rock bite. Evolving from a rhythmic drum beat and a simple electric guitar riff into a witty, effervescent pop song with common roots in glam-era rock. Bursting with golden moments of playfulness from the outset, where the buoyant harmonies of the choristers float above rich lead vocals that encourage us to embrace the fun factor and lose our inhibitions.

The band said “This song was crafted after attending a fancy-dress party where the dress code was fake facial hair, it’s about not being afraid to be ridiculous! Just move your body and don’t care what other people think! We created and directed the accompanying music video, to deliver a colourful, pop fresco that invites you to jiggle, as well as introduces the showmanship and character of each band member”.

Glossy Clouds are Jérôme Bralet (vocals and Guitar), Hugo Merle (Vocals and Drums) and their three female choristers. The duo were introduced by their respective girlfriends and immediately hit it off, a shared outlook and energy for music, art, photography, and life was channelled into their songwriting and performances to create the unique collective ‘Glossy Clouds’. The result is not just a band, but a creative universe where the gentle humour and anything-goes lawlessness is utterly riveting. The inseparable songwriting duo are outsiders looking in, effectively rock kids in a dance town. It’s this that binds them.

Glossy Clouds will release their debut EP in late July 2021. A live showcase of all tracks will be performed at 229 London on Tuesday 14th September.  The live show will align the bands unique songwriting and visuals to craft a complete artistic statement and electric, sexy glam atmosphere. Audiences will be treated to matching custom-made costumes, wild stage moves and unlimited supplies of energy.

With music that captivates the listener from the offset alongside a compelling glorious, unadorned, unpretentious thirst for self-expression, the future looks very bright for Glossy Clouds.