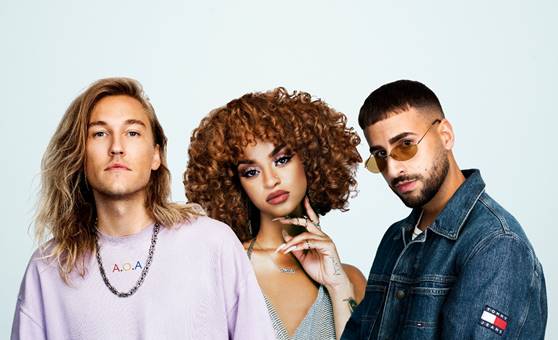 Siná Mousavian (singer/songwriter) and David Evers (producer/songwriter), up until now have been celebrated for their work behind the scenes with successful Danish acts, including NODE, Elias Boussnina, and Ericka Jane. The duo said that the time was right to release their first single together and spoke animatedly about the track “‘Thrill’ is about the chase of a girl and the thrill it gives you when everything is exciting and new. The twist of the scenario is that you don’t know if the girl is in a relationship or not, but the thought of it is thrilling and mysterious. Siná continued to talk about the collaboration with Rapper Melii “It’s just crazy to get a feature like this on your very first single. We were actually fans of Melii’s since she put out her Bodak Yellow remix, she’s just got that sound that mesmerizes you. We just knew that her unique sound would fit perfectly on the track, so we reached out and she loved the vibe, so she dropped this amazing verse”

Rising rap star Melii’s uncompromisingly intimate storytelling, interwoven with hip-hop beats and the intricate rhythms of Latin music, a nod to her Dominican heritage has earned the artist an international following of over 1M monthly listeners on Spotify in just two years. The celebrated artist includes Feels to an impressive list of collaborations with artists such as Meek Mill, A Boogie With A Hoodie and Tory Lanez to name but a few.
Feels will continue to release throughout 2019 as they focus on delivering effervescent urban Latino vibes to an international audience.