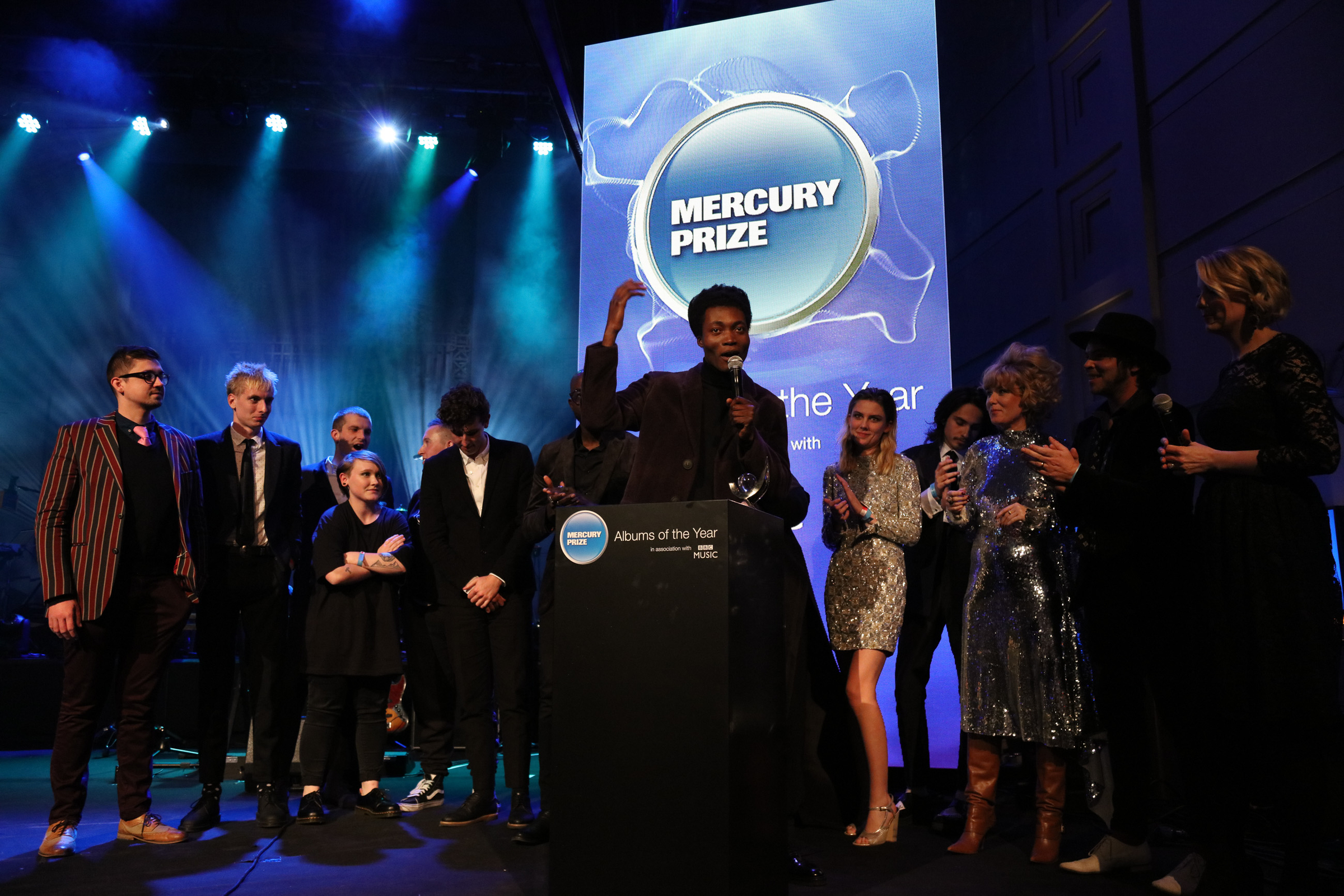 On Friday 20 November, Benjamin Clementine was announced as the overall winner of the 2015 Mercury Prize in association with BBC Music. ‘At Least for Now’ is the debut album by the pianist and singer, who was raised in Edmonton, North London before later relocating to Paris.

On collecting the winner’s trophy and £25,000, Benjamin, said, “I’d like to thank music. I can’t believe I actually won this. I never thought I’d actually say this, if there’s anyone watching, any child, any youngster, any student, the world’s your oyster, go out and get what ever you want to get.”

Simon Frith, Chair of Judges commented, “Benjamin Clementine is a remarkable new artist. ‘At Least For Now’ is a stunningly original and emotionally gripping album that offers endless and surprising delights.”

Broadcast live on BBC Four from the Radio Theatre at BBC Broadcasting House and presented by Lauren Laverne, this year’s Awards Show celebrated the 12 albums that have been shortlisted for the 2015 Mercury Prize in association with BBC Music. The event showcased a number of performances from the shortlisted artists live from the Radio Theatre – ESKA, Benjamin Clementine, Slaves and Róisín Murphy – and featured highlights of sessions with more of the shortlisted artists filmed for 6 Music and Radio 1 at Maida Vale and the Live Lounge earlier in the day. There was also extensive radio coverage of the evening with presenter Tom Ravenscroft on BBC Radio 6 Music.